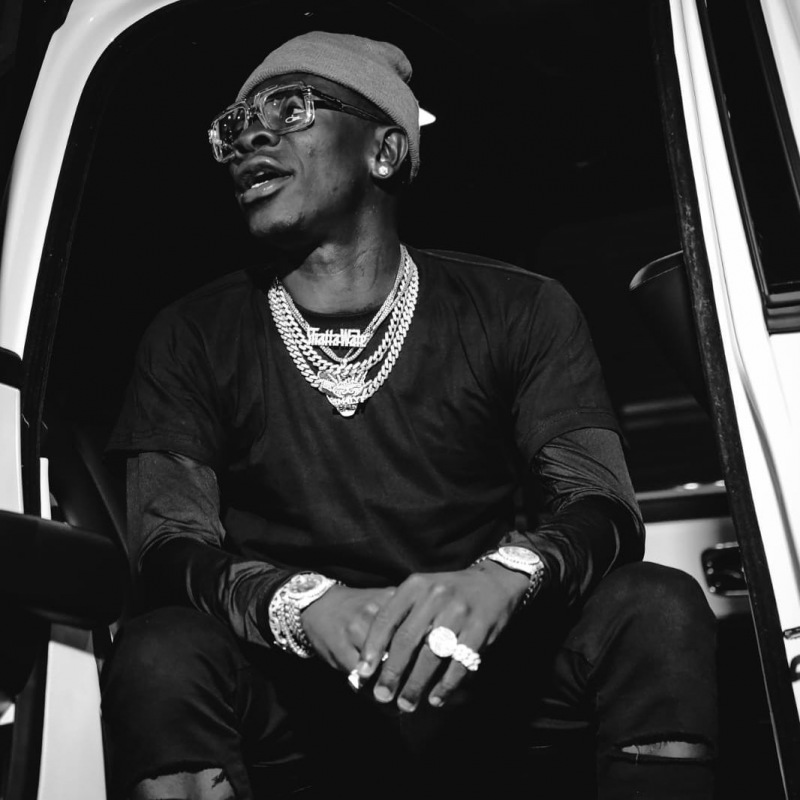 Self-acclaimed King of Dancehall music, Shatta Wale, and his gang allegedly assaulted road contractors at Adjiringanor Accra on Monday morning for not extending the road to his office.

According to the videos going viral on social media, the renowned artist and his gang stormed the site on motorbikes; Shatta Wale is seen shouting and insulting the contractors shortly before one of his gang members slapped the construction site supervisor.

Reacting to the assault in an interview with Starr FM, Kennedy Acquah, the engineer on that project stated that Shatta Wale had sent a delegation over the weekend asking for a road extension to his SM office.

Shatta Wale Vs. StoneBwoy: Who is Ghana's, Dancehall King?

"He sent someone to us on Saturday to tell us to extend the road to his office, but we told them the length of the road and areas covered are contractual matters and not decided by the site workers. We asked them to pick the matter up with Urban roads, who supervise the project," Engineer Acquah stated.

He further went on to say, “We were working today when he (Shatta Wale) just drove past the roadblock sign and came through where we were working even though we had just laid the asphalt and asked who was in charge, I went close to tell him I was in charge, and before I could explain anything, one of the guys with him just slapped me, and he was looking on.

“There were a number of guys on motorbikes with him. The incident was captured on video by people passing; the police came there but did nothing about the assault on me; they rather exchanged pleasantries with him and told me to be careful,” he said.

Shatta Wale has, however, rendered his apology to the construction team.