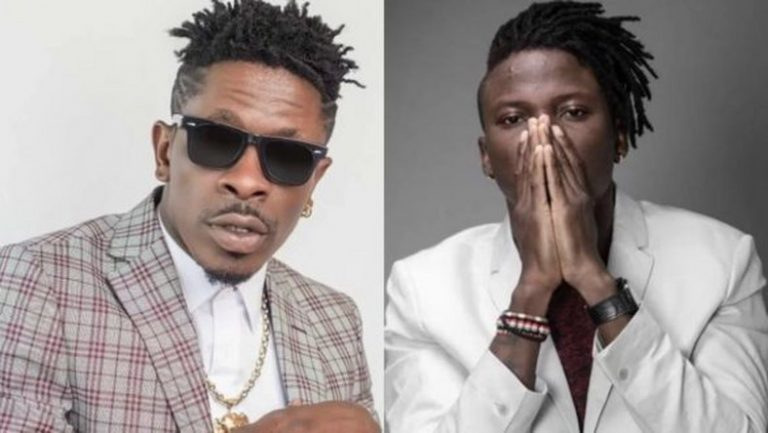 The issue of who deserves to use the title as Ghana’s Dancehall king has been a very big debate often resulting in heated ‘beefs’ that birth banging hit songs. Maybe the argument of who really deserves this title will never end. The two award-winning Ghanaian dancehall artistes, Shatta Wale and Stonebwoy , have been the culprits of this unending battle although Samini has stepped in a couple of times to claim it too.

In this piece, we analyze the achievements of both musicians. We’re very sure you can make your own conclusions after reading this piece.

Shatta Wale
After fading out in the music scene after his first hit, Shatta Wale who was then known as Bandana rebranded and hit the music scene so hard with Jamaican style of dancehall music around 2011. This gained him so much popularity and a loyal slum fanbase. Music critics say this approach revived dance hall in Ghana, a genre which had been left abandoned.
Since then, Shatta Wale dropped new songs on his social media almost every day.

Other Achievements
Shatta Wale has done several collaborations with top musicians all over the world with the recent one that took over the airwaves being that of Beyonce’s. Mayor of Worcester, Joseph Petty, presented Shatta Wale with the Key to the City on 8 July 2017, in recognition of his contributions to the arts.

On 18 March 2018, Shatta Wale was also presented an honoree award for his outstanding contribution to reggae in Ghana and globally at the 37th Annual Chicago Music Awards (CMA), in conjunction with the 36th International Reggae & World Music Awards (IRAWMA).
Shatta Wale has also been tagged as the first Ghanaian to organize a digital concert on YouTube which was dubbed the Faith Concert. The concert was organized to bring hope to Ghanaians and his global audience at large during the fight against COVID-19 pandemic.

Albums
After this exposure, he released his debut album "Grade 1 Album". The album contains seventeen tracks which featured prominent Ghanaian artists including Tinny and Edem. So far. Stonebwoy has four albums to his name with several hit singles and collaborations.
• 2012: Grade 1
• 2014: Necessary Evil
• 2017: Epistles of Mama
• 2020: Anloga Junction

Other Achievements, Awards and Nominations
In 2015, Stonebwoy received many awards and nominations ranging from "Artist of the Year" to "Album of the Year". His sophomore album, Necessary Evil, was the recipient of 3 Ghana Music Awards from 6 nominations.