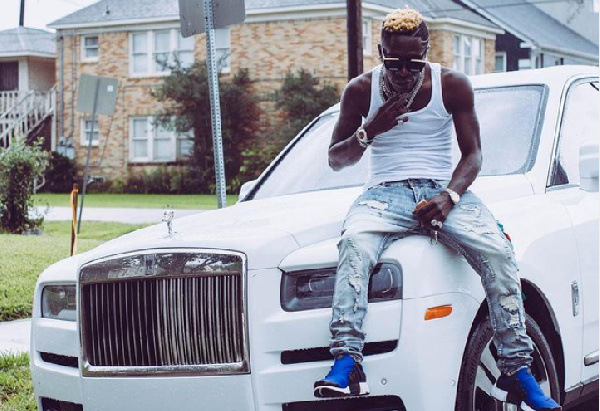 Celebrated Ghanaian dancehall artiste Shatta Wale recently made a stylish comeback to social media with an all-white Rolls Royce Cullinan after taking a break for about one month.
Roughly a month ago, the renowned dancehall king announced that he was taking a break from social media, which raised a lot of buzz on social media where some people said that he had a health condition he was dealing with, others rumored that he was on a transition to getting born again. Nevertheless, it has been confirmed that the artist only needed some time off social media.

While most of his colleagues and fans congratulated him for his latest addition to his fleet of cars. others such as Davido claim that Shatta Wale rented the vehicle just to show off and create attention on social media
According to the Nigerian Superstar, Davido has no receipt to show that he actually paid for the new Rolls Royce. He added that he has a right to boast his Rolls Royce since he has a receipt for it and can boast of being the real owner of his black Rolls Royce since he has a receipt to prove ownership.

In response to Davido, Ghanaian Dancehall musician Shatta Wale fired shots at the Nigerian music giant, Davido over the acquisition of a brand new Rolls Royce, where he said that he is a real hustler who works for his money.
'I don't use my father's money for hype,' he posted on Snapchat
He added: “We started from the bottom now we here!!! The ting, e-coil.”