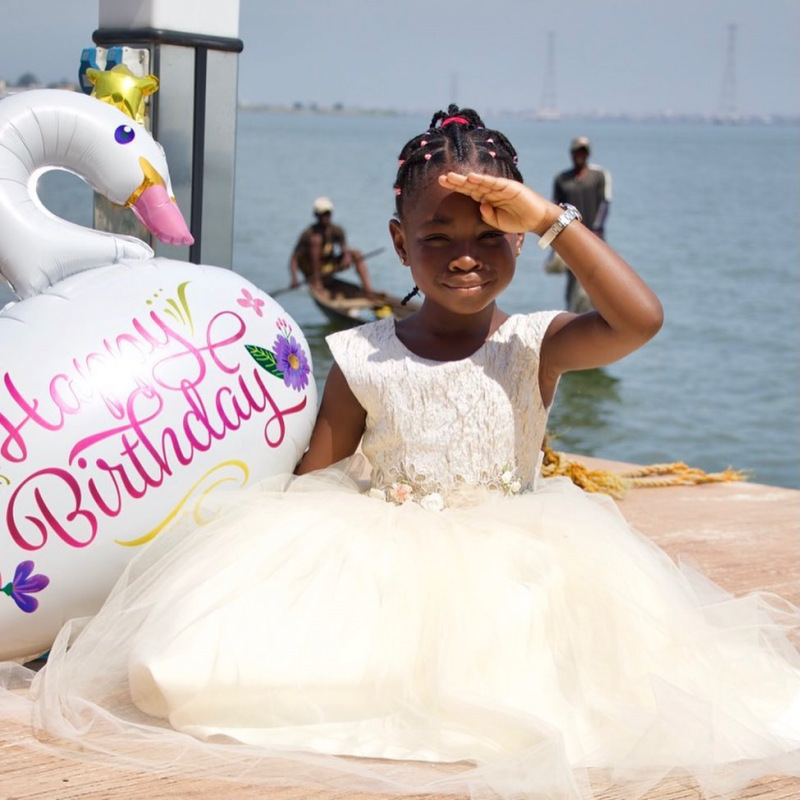 DMW boss, Davido is one proud father as he has always continued to show via social media. The father of 3 took to his social media page to celebrate his daughter Imade Adeleke as she turned six over the weekend.

Writing via his Instagram page, Davido said he is proud of the girl his daughter is growing to become.

“Happy Birthday to my 1st born @realimadeadeleke !! I love the smart young girl u have grown to become .. and Daddy loves you so much ! IMACHELLA THIS WEEKEND WE LIT!!,” Davido captioned the post which accompanied a photo of her daughter, Imade.

Only a few days ago, Imade was announced as the new ambassador of Eva Baby Soap, a feat which Davido also announced on his page.

Imade is Davido’s first daughter from his ex-girlfriend, Sophia Momodu and now is not just in the spotlight for being the daughter of a superstar Nigerian musician but she’s already bagging endorsement deals at her age. She definitely does have many bright years ahead of her.

Davido had earlier given her an early sixth birthday present last week when he acquired a Range Rover SUV for her. Her Coachella themed birthday party over the weekend had Tiwa Savage, Patoranking etc and their kids in attendance.