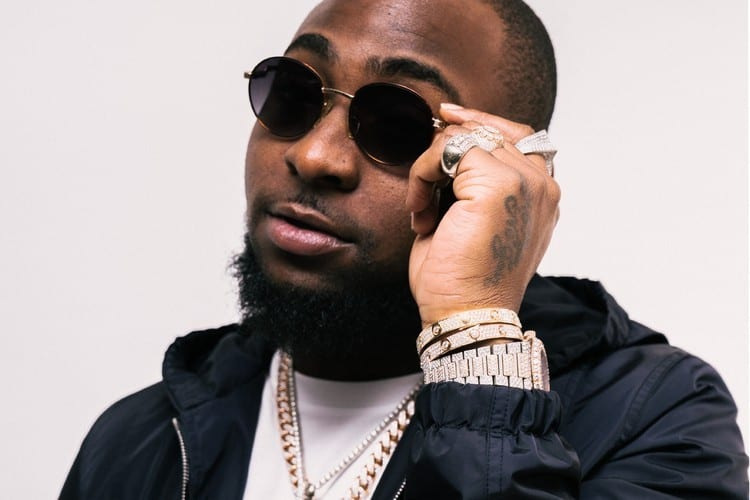 Rated one of the most influential artists in Africa today, Davido's contribution to the African music - especially Afrobeats is evident.

We take a look at some of his biggest singles and collaborations that he has released over the years, since his entry in music in 2010.

It is through this song 'Dami Duro' that helped Davido rise to fame in 2012, a year that also saw him win the Next Rated award at The Headies.

The song is the second single from the singer's debut studio album 'Omo Baba Olowo', released in 2012.

This is a song that was released in August 2013 and Davido promoted it by uploading an instructional dance video.

The video release, a few months later, in October, was accompanied by an announcement of a 'Skelewu' dance competition.

'Aye', a love-song, dominated radio and TV playlists in Nigeria for months since it was released in February 2014.

Its video in which Davido plays a poor farmer who falls in love with the prince's fiancé, was equally popular, and it currently has over 64 million views on YouTube.

This is a Tekno-produced song released in 2017. It has a US Gold certification and is also certified Diamond by the Recording Industry of South Africa.

'If' won Best Pop Single and Song of the Year at The Headies 2018. It is today ranked as Davido's second most-watched music  with over 128 million views.

The song which samples a line from Kojo Funds's track 'Dun Talking' is today the most-watched music video by a Nigerian artist on YouTube with over 203 million views.

'Fall' in 2019 set the record of being the longest-charting Nigerian pop song in Billboard history.

The 'Blow My Mind' video amassed one million views in 11 hours, surpassing Wizkid's 'Fever' and 'Come Closer' to become the Nigerian music video to achieve this feat most quickly.

It also, at that time, become the Nigerian music video to gain the most views within the first 24 hours of its release.

Released in September 2020, a few days after Davido returned to social media following a three-month break, 'FEM' video hit 1.8 Million YouTube views in less than 24 hours, breaking Davido's own record for the fastest Nigerian music video to hit 1 million views on the American online video-sharing platform - a record previously held by his own song 'Blow My Mind' featuring Chris Brown.