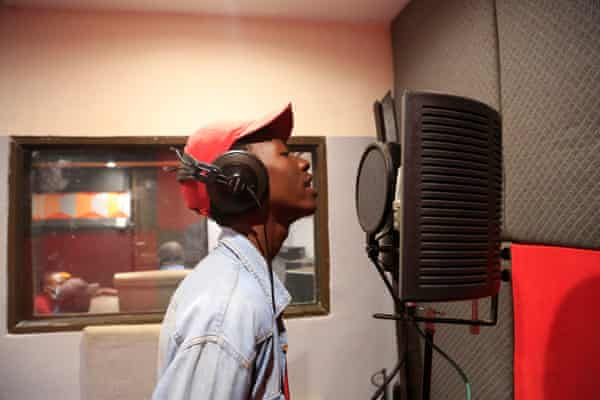 Mbare-based Chillspot Records has earned recognition from The Guardian; a world acclaimed media outlet headquartered in the UK. The record label is a powerhouse for Zimdancehall music under the stewardship of DJ Levels and DJ Fantan.

Levels and Chillspot have been behind amazing Zimdancehall tunes that come from the studio. But the fame of the label goes beyond production of music. According to the Guardian, Chillspot Records has been instrumental in nurturing young talent and fighting drug abuse among the youth in Mbare.

It is the one place where those who have a musical calling hone it under the mentorship of Fantan and they forget about the ills of the society including crime, unemployment and drug abuse.

The Zimdancehall genre borrowed heavily from Jamaican Reggae back in the day but tweaked it in beats and language – Shona and now Ndebele – making it a unique genre in Zimbabwe.

Zimdancehall is the most famous genre in Zimbabwe and has the likes of Winky D on top of things for more than a decade after bringing it to light. At Chillspot, the Zimdancehall music released has a social message with the youth highlighting various issues they are struggling with or the problems those in the ghetto are reeling in.

Fantan could not hide his joy after Chillspot was featured by The Guardian. He posted in his Instagram “Today we give thanks to the Most high because Chillspot recordz was featured in the biggest newspaper in the UK called.”