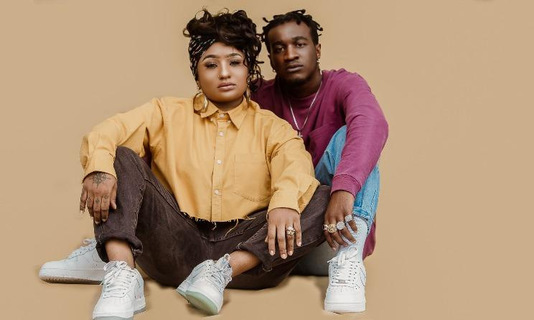 Tanzanian singing duo Navy Kenzo has revealed how Vanessa Mdee salvaged their music career. Speaking to luxurious drink Belaire CEO Brett Berish, the couple revealed that they were on the verge of giving up music and returning to school.

Read Also: Navy Kenzo Biography; who they are, career, net worth, relationship

However, while in the studio, Mdee passed by and requested to review one of their recorded songs, and it happened that they had the 'Nokodo' single.

According to Nahreel, they had no plans to release the song until Mdee convinced them to drop the jam.

"That time when we were about to quit, Vanessa Mdee came to the studio and said, let me hear your stuff, and she said, why can't you just release it. Although we didn't have faith in the song, it changed our lives," said Nahreel.

The duo added that they didn't have money to promote the song and only sent it to radio stations via email with the hope it picks up. Following the song's release, the duo blew up across East Africa.

According to Aika, the song did not give them financial success, but it opened the door for them musically. The duo has gone ahead to work with Mdee, Diamond Platnumz, Patoranking, and King Promise.