Sheebah Karungi vs Cindy Sanyu: Who is the Queen of Ugandan Music? 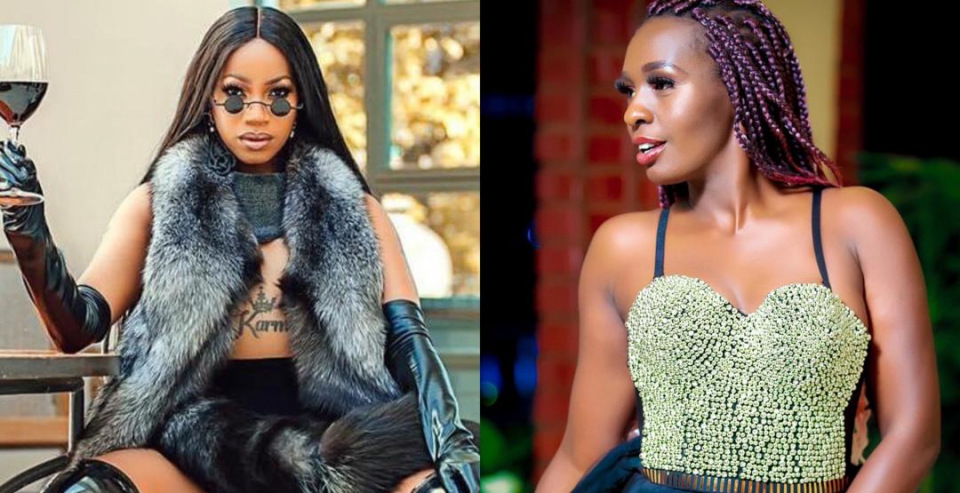 Ugandan artists Sheebah Karungi and Cindy Sanyu are arguably two of the best female musicians in the country at the moment. The two boast of having illustrious music careers and a massive following among Ugandans.

Over the years, the two have been involved in heated exchanges over who is the best between them. The debate has spilled over to their fans who regularly argue online, with each party defending their music icon.

In this article, we list Sheebah and Cindy’s achievements that have made them standout in the Ugandan music scene:

Both artists kick started their music careers from a girl group. Sheebah Karungi joined the Obsessions in 2006; this is where she picked an interest in music and recorded two songs with the group before opting out for a solo career. She released her first single dubbed 'Nkunyeyeza' in 2010.

On her part, Cindy was among Blu*3; a girl band that was formed by the winners of CocaCola Popstars Uganda in 2005. Her debut solo album 'Ayokyayokya' dropped in 2009.

Cindy Sanyu has been recognized in awards like DIVA awards, Buzz Teenies awards, Afrimma awards among others. On her part, Sheebah is among the few Ugandan artists that have been to nominated in the prestigious Nickelodeon Awards. She was also the first Ugandan to be nominated in the prestigious MTV Europe Music Awards 2020. In addition, she has other awards like Uganda Entertainment Awards, Zzina Awards, The Uganda Music Awards, Abryanz styles and fashion awards among others.

Read Also: Rare Show of Love as Sheebah Thanks Cindy for Writing Her First Song

Sheebah Karungi has been able to scoop a number of international collaborations with artists like Nigeria's Solid Star and Orezi, Rwanda's The Ben, International Boy among others. As for Cindy, she has collaborated with Kenya's Dufla Diligon.

Other than music, Sheebah is an established entrepreneur. She runs several businesses including; Sheebah by Natna Hair at The Prism, Sheebah Collections, Sheebah Establishments manufacturing Holic Pads and Red Terrace and Red Events. On her part, Cindy is all about family. She has one daughter and recently got engaged.