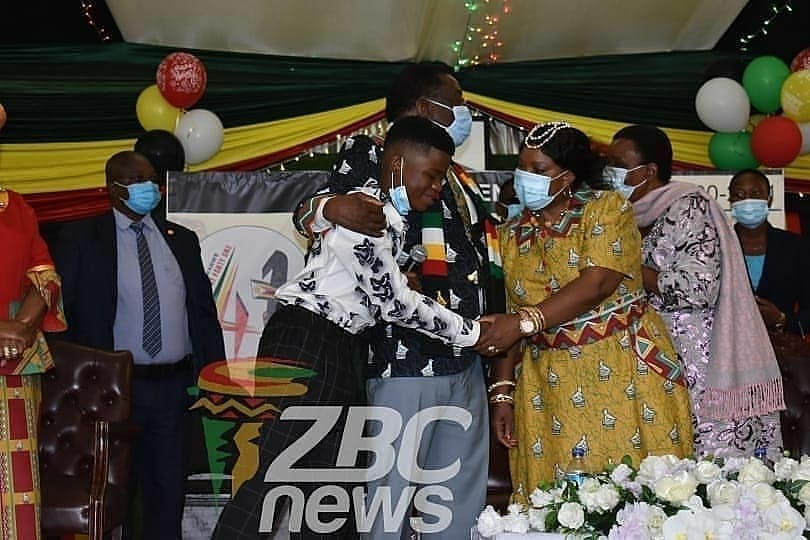 He broke the record a year ago when he released a viral song. Herman met the Head of State on Saturday where he also engaged with First lady Amai Mnangagwa. His scholarship will cater for education fees up to college level.

“It was an honour to be with the President of the republic of Zimbabwe his excellence ED Mnangagwa and our lovely first lady Amai Mnangagwa. I'm full of joy for the big surprise, I'm very thankful,” he thanked President Mnagagwa.

Over the weekend, Herman stole the show as he entertained at a children’s party which the President and the First Lady had hosted. There were over 50 pupils from different schools across the 10 provinces.

The Zimbabwean-Congolese was signed by Chillspot Recordz; a label that has a reputation of nurturing and churning out great talent.

He first released ‘Zvandofarira’ as a freestyle version then it caught the eye of DJ Levels who is a talented music producer. He worked on the song and released it in what is today’s great hit to jam to. Great zimdancehall artistes such as Enzo Ishall, Bazooker, Uncle Epatan, and Blot are some of Zimbabwe’s great names whose journey started at Chillspot Recordz.