How Crayon 'Multi-Tasked' To Keep His Music Career Alive 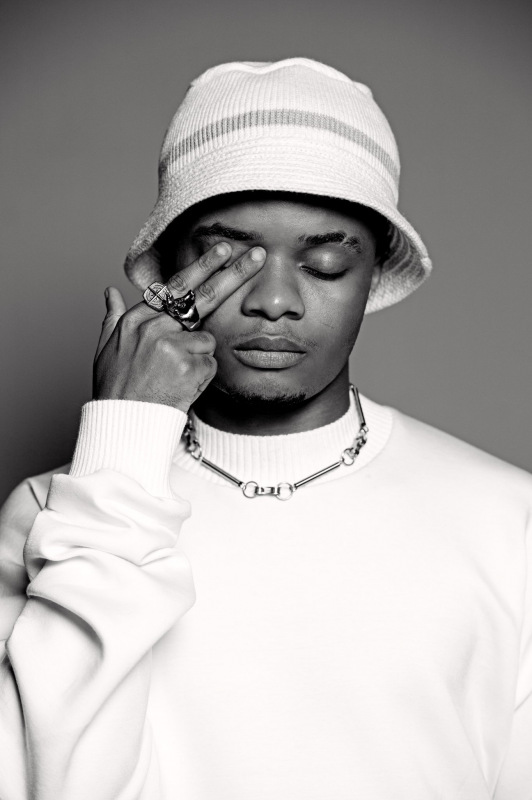 Mavin Records singer Crayon has opened up about some of the struggles his faced in the early stages of his music career.

Responding to a Twitter user who wanted to know how the singer joined the Don Jazzy-led label, Crayon recounted how he used to multi-task while with his producer - Ozedikus.

By then, he had neither a management nor do sponsor and he had to take his songs to Radios by himself.

Things however changed in 2018 after he was introduced to Don Jazzy by Babyfresh, after which he joined Mavin Records.

"Babyfresh introduced me to Don jazzy! Back in 2018. After I dropped like 7 songs in the hood me and @ozedikus just the two of us. No label, no management , no sponsor! Too my songs to radio stations haaa it’s was a lot back then. Glory to God! Start from where you are! Key!!!" Crayon replied to a Twitter user. 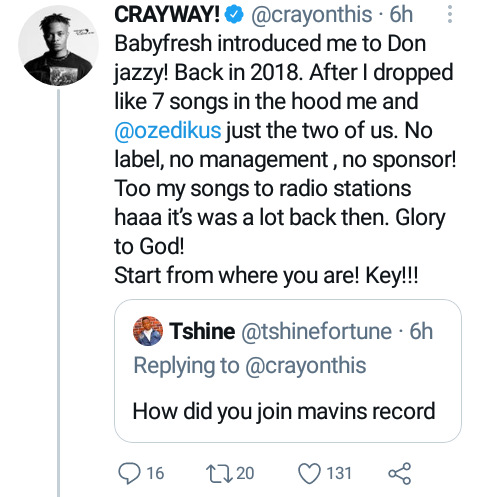 Ozedikus, one of the top music producers in Nigeria today on his part revealed that his first song to produce and get radio airplay was the one by Crayon.

"Fun fact! My first production that got played on radio was the first song I produced for crayon," he tweeted in reply to Crayon's post.

When he was first introduced by Mavin Records, Crayon was described as the new face of Afrobeats due to his street experiences.

The singer who is inspired by Fela, Drake, Justin Bieber, Bryson Tiller, Wizkid and Davido has a fresh sound: colorful music blend of pop and local groove.

One of the standout single off the EP is 'Too Correct' in which he teamed up with Rema.