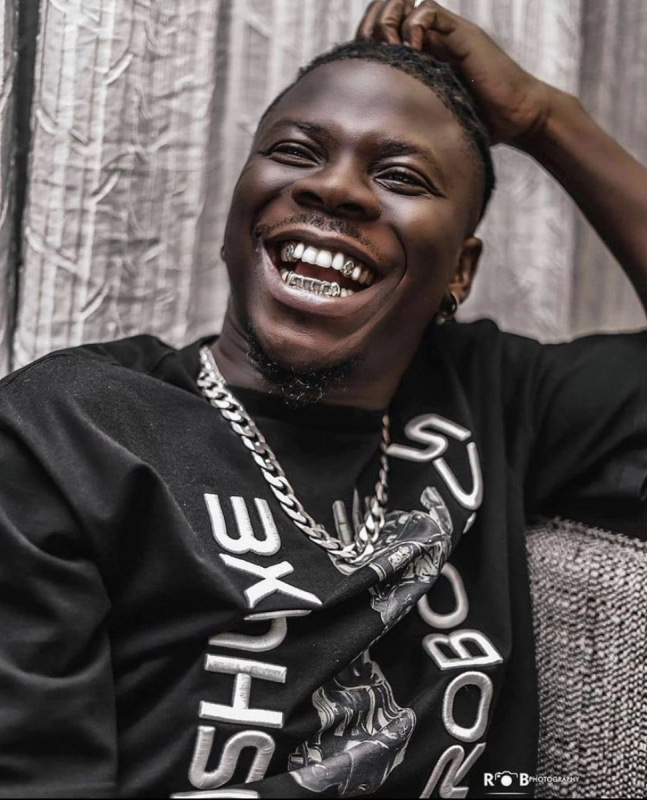 Ghanaian dancehall superstar, Afropop and reggae singer known in the showbiz as Stonebwoy born Livingstone Satekla recently visited St Rose’s Senior High School at Akwatia in the Eastern Region.
The Burniton Music Group Chief Executive Officer’s unexpected visit to the St. Rose’s Senior High school stimulated great excitement among the students after they saw him on their campus dressed in a black t-shirt over a pair of jeans trousers.

The Artist of the year 2015 Ghana Music Awards approached one of the buildings on the school’s compound accompanied by other people. Many of the girls trooped out of their rooms to see the superstar upon realising his presence.
The girls were heard screaming on top of their voices while the others were heard shouting Bhim BhIM, the musician’s slogan.
The Best International Act winner under the Africa category at the 2015 BET Awards acknowledged and appreciated the cheers from the girls and he himself also seemed overwhelmed by the kind of reception he received from him.

Stonebwoy is seen as a hardworking artist in Ghana for his achievements. He recently disclosed that he had to push a verse on Jamaican musician Sean Paul’s latest album titled Life and Living which is very recommendable.