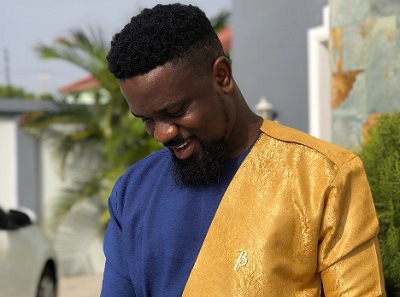 Sarkodie is the most decorated rapper in West Africa with 100 awards out of 176 nominations. He has managed to bag a number of prestigious awards both local and international.

He is the only Ghanaian musician with two BET Awards; Best International Act in 2012 and Best International Flow at the 2019 BET Hip-Hop Awards.
Sarkodie is also famous for being the only solo artiste to ever win the Vodafone Ghana Music Awards’ twice; he scooped ‘Artiste of the Year’ award in both 2010 and 2013. He is also currently the Vodafone Ghana Music Awards’ Artiste of the Decade.

Sarkodie in 2013 had a clothing line, Sark by Yas and a headphone brand known as Obidi Chief Headphones.

Sarkodie's voice on a track comes at a price; he charges fellow artists for collaborations. It is speculated that his features cost about  10,000 - 25,000 GHS. Kumasi based rapper Ypee,  revealed to have paid Sarkodie  40,000 GHS to feature on his song ‘Meye Guy’.

It is also alleged that Sarkodie's average charge per show is  100,000 GHS for concerts. The rapper also secures a good bag on royalties from digital music streaming. He is at the moment the most steamed rapper in West Africa. It is estimated that he makes over 20,000 USD monthly, from online streaming.

He, like any other business person, has encounterd bad investments. Sarkodie was an investor in both the now defunct Nanah Appiah Mensah’s,MenzGold Ghana Limited and Prince Kofi Amoabeng’s, UT Bank Ghana Limited.

Publicly known properties owned by Sarkodie include his 9 Bedroom mansion in Lashibi in the Greater Accra.