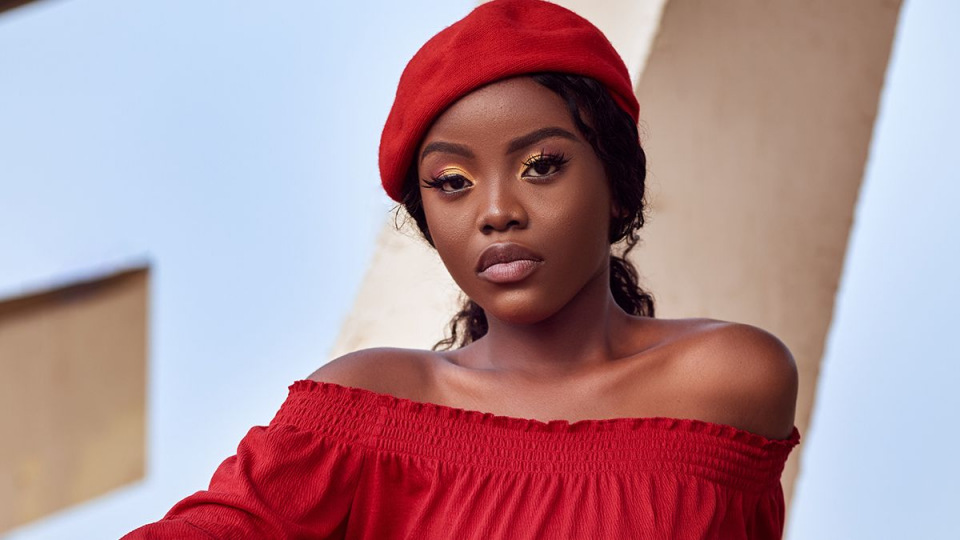 Jacqueline Acheampong a young Ghanaian singer who happens to be the daughter of Highlife legend Nana Acheampong known by her stage name as Gyakie has been making big steps her music career.
Gyakie has been recently featured on one of American magazine Billboards’ charts. She appeared on Billboard’s Top Thriller Global Chart with the Forever remix that features Nigerian artiste Omah Lay and was put in third position behind Cardi B’s Up and KaMillions Twerk4Me.

Speaking in an interview hosted by Amansan Krakye on the Kastle Entertainment Show, Gyakie said that after hit song was released in August 2020, there are those people who thought she is not going to release any other song but she assured her fans that there are more good songs coming soon.

“Right now, I have been in the studio and I have recorded a lot of good songs but the time to release the songs is what we’re working towards it so my fans should wait for it. “It’s like people feel that after forever I’m actually not going to drop any song because it’s been long since I dropped forever in August, 2020,” she disclosed on Kastle FM.
“So right now, I’m working on my new music so very soon Gyakie will definitely drop a new song,” she added.