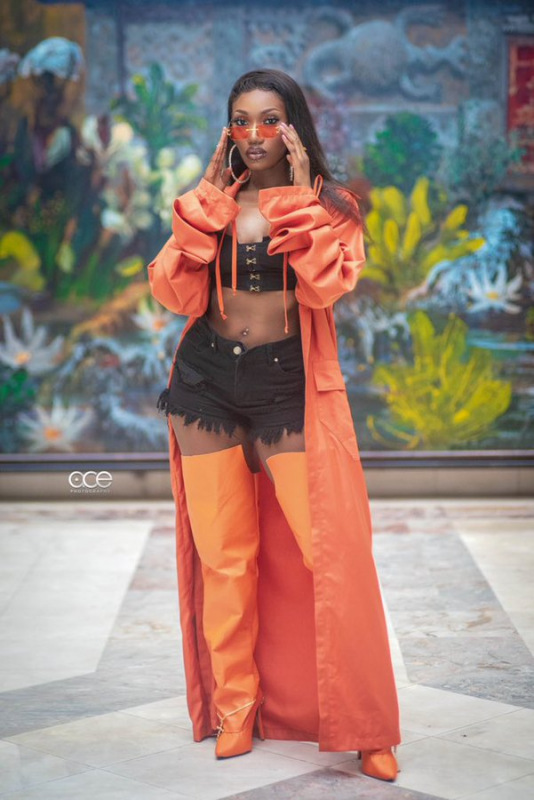 Ghanaian songstress, Wendy Addo also known by her stage name as Wendy Shay has come out to announce that her highly anticipated sophomore album will take longer to be released that it was expected.
The Aftrobeats musician made the information about delaying the release date for her second studio album titled ‘Shayning Star’ through her social media handle. While making the announcement, the ‘Uber Driver’ hit-maker also announced that she will be releasing the visuals for her first single ‘Nobody’ off the album.

“I’m sorry to announce to you that the release date of the #ShayningStar Album has been postponed But the Good news is *Nobody* visuals drops today, It’s out on every digital platform. Let’s keep streaming #GodisInvolved #Nobody,” she wrote
Speaking in an exclusive interview with Derrick Annor Boadi of Muse Africa last year, the self-acclaimed queen of Ghanaian music announced that she has two albums that are ready for release including an international album.

Nonetheless, she did not say that dates that she intends to officially release any of the albums.
The Germany born singer however updated fans with information about the album in March when she tweeted ‘‘SHAYGANG I know I’m starving you but hey Album is finished and ready to be served.” Music lovers are anxiously looking forward to the release of the new album before the end of the year 2021.