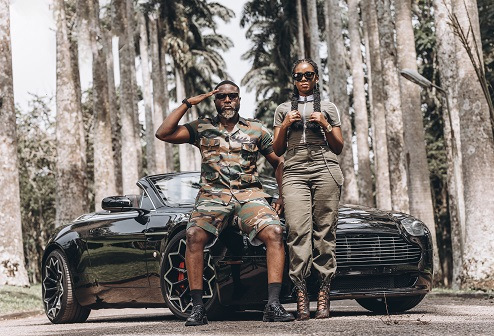 Renowned Ghanaian songstress MzVee has released the video of her song ‘You Alone’ in partnership with global music channel Trace TV.
The Ghanaian superstar made the news known to the public through her official instagram channel where she wrote: "I’m excited! Dropping visuals for #youalone off my 4th studio album #InVeencibleAlbum this Friday in partnership with @youtrace_officiel #trace #tracenaija #tracemziki #tracejama #traceafrica.” Similarly, YouTrace also made the same announcement using their social media platforms.

The song 'You Alone' is the fourth single off MzVee's highly-acclaimed and recently-released fourth studio album 'InVEEncible''. As part of the partnership, Vee has been made an ambassador for Trace TV's new initiative which is the 'YouTrace' YouTube channel.

This will see the 'You Alone' video premiered exclusively on the channel for viewers across the world to enjoy.
Known in real life as Vera Hamenoo-Kpeda, Queen Vee has already dished out three outstanding videos for 'Baddest Boss' ft Mugeez, 'Hallelujah' ft Medikal and 'Balance' ft Sarkodie, off the body of work.

While the singer is one of the most celebrated femakle singers in Ghana, her album 'InVEEncible' that was released on December 11, 2021, has gathered over a million streams worldwide and still counting.
Watch the video on the below link
https://www.youtube.com/watch?v=bp3LER7Se-4