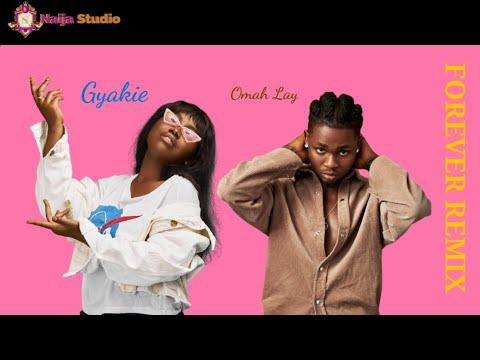 Ghanaian songstress Jackeline Acheampong also known by her professional name as Gyakie dropped a remix of her hit song ‘Forever’ song on Friday 19th March., 2021. The remix that features Nigeria’s top music act, Omah Lay has not been cheerfully received by the music lovers as the original song was.

The poor reception has resulted to many music lovers bashing her on various social media platforms. In her response to all the bashing, on the social media, the Sony Music West Africa signee, Gyakie twitted: “It’s not for everyone. Those who connect to it are the ones I made this for.”
Sadly, the tweet further attracted other social media haters who caused uproar on her page with many tweeps expressing diverse opinions on the comment.

In another twitter chat with Nigerian fashion and entertainment blog Bella Naija. Gyakie was asked by the media house if her father’s influence in the Ghana music industry gives her any pressure to do more. She told Bella Naija that her father did tremendously well but she is on a journey to carve a niche.

She believes that God willing, she will also be a legend like his father.
She wrote: “Not at all! My Dad is the Legendary Nana Acheampong and I believe he has created a mark in music and done a great job. I feel like I’m on a new road which eventually, God willing, will be a legendary one #BNAsksGyakie”

Medikal Explains That His Money is From His Music