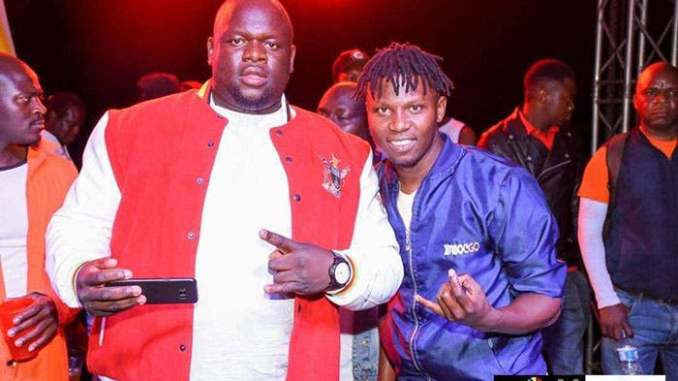 A recent clip of record producer DJ Levels listening to music and later flashing the middle finger has triggered a debate in Zimbabwe.

A section of fans noted that the behavior is unbecoming for a celebrity, especially one who the younger generation looks up to for morals.

In the undated video, the celebrated Zimdancehall producer can be seen nodding to beats of what is obviously one of his favourite songs, before he flashes the middle finger while still nodding to the beats.

In the African society, flashing the middle finger is an insult. However, some fans felt that there was nothing wrong with this given that the celebrity world accommodates all the shenanigans that come with fame.

“You can’t expect dancehall artist to be examplery…these are not gospel artists..” Kingtaru96 said.

This comes as his second controversy in less than two months. Last year, he made headlines after he was sent to six months in prison for breaching COVID-19 protocols and holding an event.

He was sentenced alongside DJ Fantan; his co-founder at Chill Spot Records and Dhama all of whom are music promoters.

The trio organized a music concert in Mbare to usher in the New Year. People attended in their hundreds and what followed was more than 30 deaths from COVID-19.

They have since been released as the case is being heard afresh. He was named the best producer in the 2020 Zimbabwe Music Awards (ZIMA).

Here is the Video