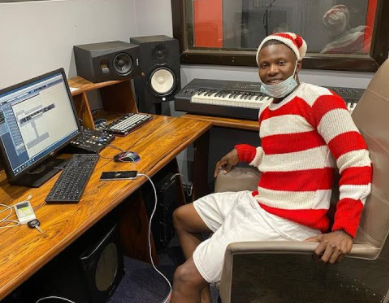 It is official that DJ Levels is officially the most talented producer in Zimbabwe. He was named the best producer in the Zimbabwe Music Awards 2020 (ZIMA).

ZIMA 2020 award gala went down on February 20th after weeks of being put off due to a surge in the number of COVID-19 cases.

DJ Levels shared this piece of accomplishment with his fans who lauded him for the hard work he puts in producing world-class music.

He added “Special thanks to #zimaawards for the recognition.”

Levels is a revered Zimdancehall producer who has worked with big names in the music industry. He is a founder of Chill Spot Records.

Levels was the talk of the town recently after he was sent to six months in prison for breaching COVID-19 protocols and holding an event.

He was sentenced alongside DJ Fantan, his co-founder at Chill Spot Records and Dhama all of whom are music promoters.

The trio organized music concert in Mbare to usher in the New Year. People attended in their hundreds and what followed was more than 30 deaths from COVID-19. They have since been released as the case is being heard afresh.