VIDEO REVIEW: Is Big Pin's 'One Girl' Video, The One For You?

He was there when the foundation of Kenyan music was being laid and now Big Pin graces the music scene once more with the release of his new video, ‘One Girl'. With a thousand views on YouTube over the last two nights, am sure you want to know what people are saying:

“Talk about the return of a legend! I grew up listening to his music and honestly, I love that he has retained the originality. I love the video, the vixens and the dancing scenes. I don’t know if it’s just me but I think he looks younger in this video.” Proclaimed a fan

“I think Big Pin hasn’t done sufficient research on the development of Kenyan music. He looks like he is stuck in the early 2000’s. From the dress code to the camera handling. It’s too mediocre for someone who is looing for a comeback. However, I like the beats” stated another

"I had heard the song a while ago and noticed he is still using the same style he did years ago. There is nothing much to the lyrics which makes the song quite flat. The video is impressive especially the quality. Next time Big pin should avoid the concept of dancing vixens if he wishes to capture our attention” aired an enthusiast 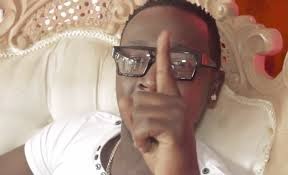 The people have spoken and whether this is fact or not, I personaly can’t tell. One thing I am sure of however, is that his stay here will stir up the music industry in the right way. I'm sure the new cats in the music industry can learn a thing or two from him.