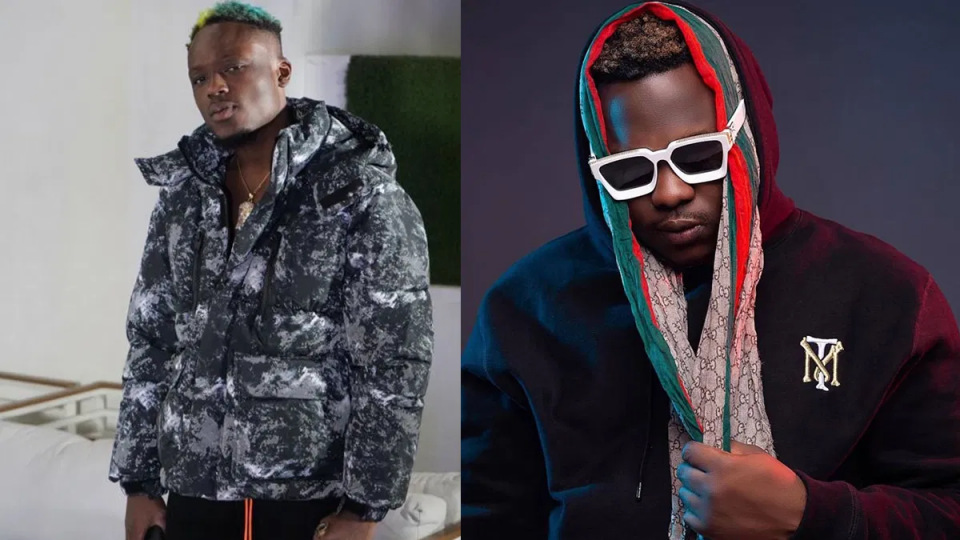 It seems there is a new beef loading in the Ghana music industry with a very strange twist. People have always thought beefs were spewed from artistes from different camps but this time around, it seems Criss Waddle’s AMG camp is on fire as Okesse1 and Medikal are at it.

A day ago, CEO of Amotia Geng, Okesse1, put a videoout there to make it clear that he’s not under Medikal and he’s neither his Chairmano in business as he (Okesse1) rather helped Medikal to become who he is today.

According to him, he’s one of those who picked Medikal from the streets when he was a nobody. Okese1 claims he used his money to push Medikal’s career only to be repaid by an ingrate sabotaging his career by telling lies about him when he gets calls from the industry players.

In the video, he stated that Medikal goes around telling the media that he (Okesse1) doesn’t respect and he’s one of his small boys. In short, he warned him not talk about his issues again because he ( Okesse1) is an ‘El Chairmano’ on his own, nobody controls him and he can even ask most of the industry players especially radio and TV people to stop their work and stay home, he will pay them any amount of money every month.

In replying to the allegations made against him, Medikal has also taken to twitter to express that all that Okesse1 is doing is for clout and he’s a disloyal guy who dosen’t appreciate the help that was given to him.

The beef has just began and this portal will give you updates as and when new developments occur.