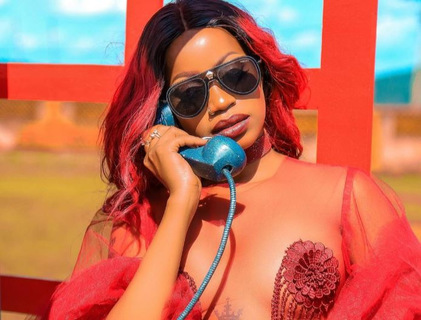 The prestigious event was set to happen on 20th February 2021,but was postponed indefinitely.

According to Isaac Ruchiwho is part of the organizers, the event was postponed due to a number of reasons including surge of Covid-19 in African countries.

Sheebah Karungi was one of the artists lined up to perform at the awards gala.

Reacting to the postponement, Sheebah noted that the postponement interefered with her plans as they were ready to shoot her performance clip which was to be played virtually.

"I was a little sad. We were planning on shooting the performance for the MAMAs but they canceled days before. As an artist I was disappointed because I was looking forward to this day to perform for a big platform and a bigger stage but I believe it will happen at the right time," Sheebah told journalists.

The Team No Sleep singer, however, believes that the award will eventually happen because it was postponed and not cancelled.