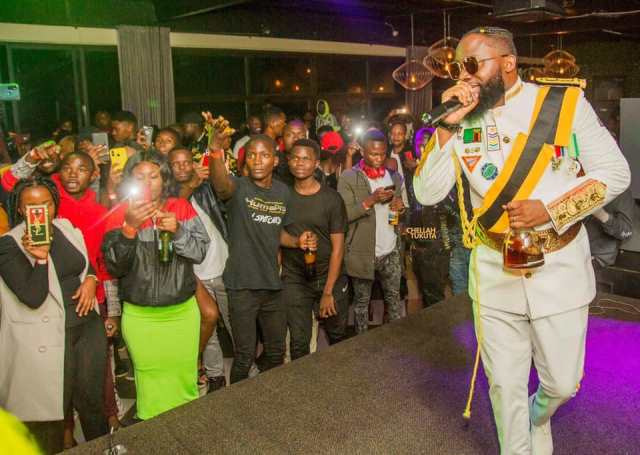 Zambian rapper King Illest has spoken of his upcoming project with fellow artiste, Jemax. This conversation came about after he held an interactive session with his fans on his Facebook page.

He encouraged them to ask any question they felt needed his address and true to the celebrity spirit, fans flooded on his timeline asking him questions.

One Raymond Sepo Liwena asked King Illest to consider doing a collaboration with Jemax. “King illest consider during a track with JEMAX I believe u two guys are the ones who are portraying real hiphop attitude towards music I just need u to put out one track man,” the fan stated. In his reply, King Illest said that: “this is something I will do my next single will have him thanks.”

In January, the rapper was the subject of debate online as fans touted him to be the best of rappers in Zambia’s Southern Province. It all started when Shayman Shaizo praised King Illest’s musical talent terming him one of the biggest brand in the southern part of the country.

“King Illest Worldwide is not the best rapper from Southern...ok, no he's not but he definitely is one of the biggest brands right? my boyz be hating on him instead of learning from him.. #brandyourselves boyz and girls ok.. #nyaminyami say so,” Shaizo wrote.

The debate was highly divisive as some supported Shaizo while others disputed his stand. One of the fans argued that King Illest has proven his mettle by virtue of having his musical works out in the public.

“But who are those best rappers that we have never heard? Because someone doing well must be known to the public. Musically, for one to be the best should at least be known or heard so that people can judge. Maybe there is something we are missing back home?” Another one added that “He is the greatest rapper southern province has ever produced period.”