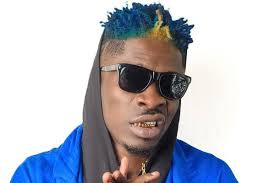 Shatta Wale’s songs namely; ‘Ayoo,’ and ‘My Level’ played during scenes in Spanish movie titled ‘Black Beach, ‘released in the year 2020 that is currently streaming on Netflix.
Priscilla Anany the Ghanaian producer of the above-mentioned movie has shared a ‘bittersweet’ experience about the film that was facilitated by herself and her i60 production team.

This particular movie which was shot in three different countries; Ghana, Spain and Belgium tells the story of a lawyer with a promising future who is forced to deep dive into his past when he agrees to negotiate with an old friend turned kidnapper.

According to her, the Spanish producers of the movie took advantage of the Ghanaian staff.
“This production was a learning experience for me and I put in my 200%. Unfortunately, the Spanish producers were not the best to work with and they did not treat us well and fairly. They exploited and took advantage and got away with it…,” reads a post by Anany.

“But good lesson learned. Either way, I’m proud of the movie and the director and thankful to everyone on my team who worked on it.”

The team worked with the Ministry of Information, National Security, the Ministry of Defence, the Customs Excise and Preventive Service (CEPS), the Museum and Monument Board, the Ghana Ports and Harbours Authority, the Ghana Police, and the Army Services at Burma camp to acquire permits, clearance, military vehicles and gear for the filming of the movie.