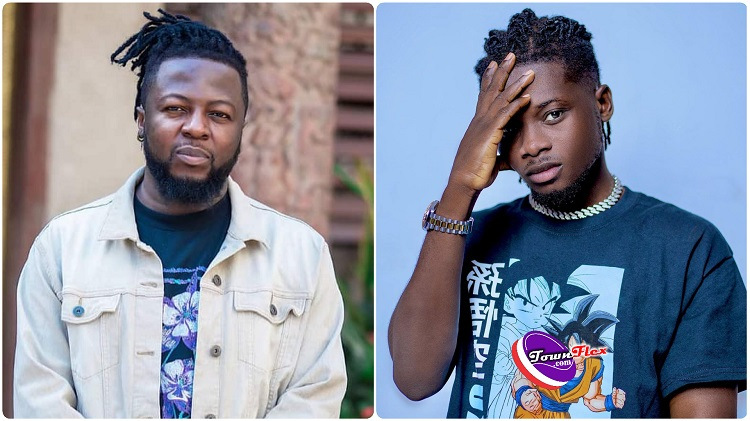 Ghanaian Hiplife artiste Guru publicly addressed Kuami Eugene’s comment made as regards collaboration the former wanted with the latter, emphasizing that the only reason he wanted a project with the Lynx Entertainment signee was because of the admiration that Guru has for Kuami Eugene’s craft.

According to Kuami Eugene as per report, a collaboration with Guru was impossible because Guru has on several occasions insulted Lynx Entertainment label boss Richie and since his under the umbrella of Richie, Guru 's collaboration dream cannot be realised despite being a big fan of the NKZ Music boss.

“Guru did not use the right channel. You want to feature me but you go to media houses to insult the man who made me. I wouldn’t have been Kuami Eugene but for Richie so I expect that respect is accorded him no matter the differences that exist. I am under Lynx Entertainment and any song I produce needs to go through them,” Kuami Eugene said on a local TV channel.

Other News: Be Getting Ready to Marry Your Baby Mama - Kuami Eugene Teases Kidi

Guru responded to Kuami Eugene’s comment by pointing out that he has been in the industry years before him, and that he should also tread cautiously because he will not be under Lynx Entertainment till eternity.

"Remember some people started with me but they could not last long so I appreciate how far God has brought me. I know that you will not be under Lynx Entertainment forever but remember not to have any issue with Lynx Entertainment before you leave because those that exited couldn’t maintain the hype. There are always new Lords so remember nothing lasts forever," he said.

"Point of correction, I never begged for a Collaboration. I didn't ask for Collaboration because I wanted a hit song, I have a lot of hit songs and I'm proud of that. I wanted you to know I appreciate your craft does why I wanted us to work together and nothing more. I wish you well," Guru added.

Mr. Drew Speaks on How Coronavirus is Not Being Taken Seriously