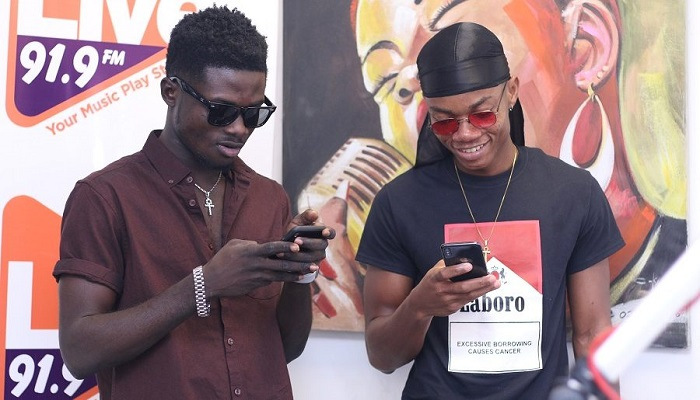 Photo Source: Kidi And Kuami In a Past Event

Multiple award-winning Ghanaian hiplife artiste, Kuami Eugene, has thrown a subtle at his friend and his record label mate, Kidi, after the latter asked him to go and marry because he is “ripe” for marriage.

Speaking to Abeiku Santana on Okay FM, on his birthday, Kuami Eugene was asked the big question of when he was going to get married since he is practically ready for it.

In his his reply, he made it clear that marriage was a long journey and that he was not in a hurry to make any big plans yet.

Kidi on the other hand had taken to his Instagram page to wish Kuami Eugene a happy birthday and also asked him to get married as soon as possible.

Reacting to this while speaking to Abeiku Santana, Kuami Eugene laid emphasis on the fact that, Kidi already had a son and a baby mama so, between them, Kidi has to take the lead by marrying first.

"Don’t mind Kidi, he is not serious. He already has a son and has a baby mama so why should I be the one to marry before him? I’m waiting for him to marry so that I can song at his wedding then maybe I will also get married.” Kuami Eugene told Abeiku Santana.