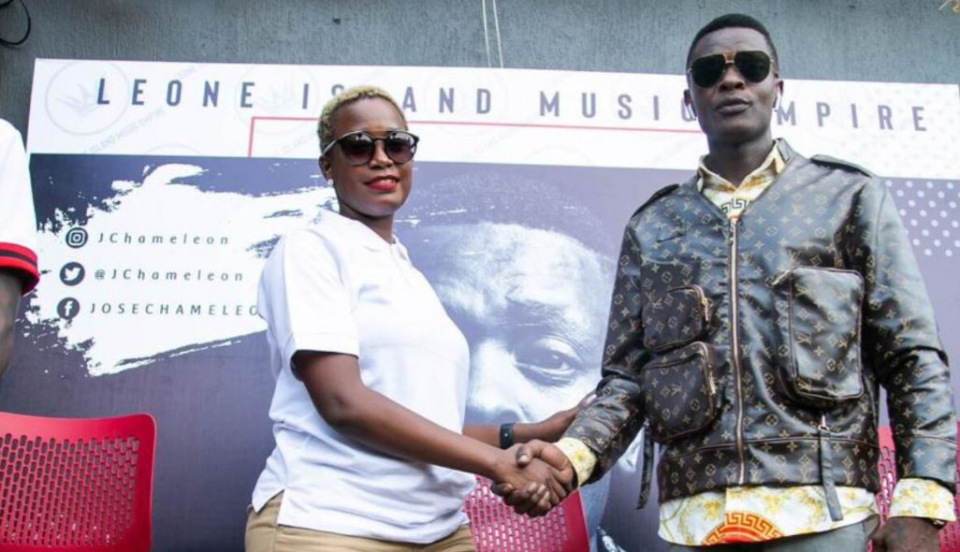 Jose Chameleone's manager Fortunate Bijou has come out to address reports that she is no longer handling the artist's music.

The Leone Island boss in February 2020 unveiled Bijou as his manager after the exit of Mutima.

In a press conference back then, Chameleone noted that Bijou was different and better at what she does.

Speaking in an interview with Spark TV, Bijou revealed that if there was any change in their partnership, they would call the press conference like they did in the beginning.

"It would be believable if it came from either Jose Chameleone's fan pages because they have some inside information, or from Jose Chameleone himself posting it. Even his PR, Stuart who manages his issues then it would be true," Bijou said.

Jose Chameleone has had a string of managers throughout his career; Humphrey Mayanja was his very first manager followed by Jeff Kiiwa who later managed Radio and Weasel.

He was then managed by Sam Mukasa, then Mutiima and now Basiima.