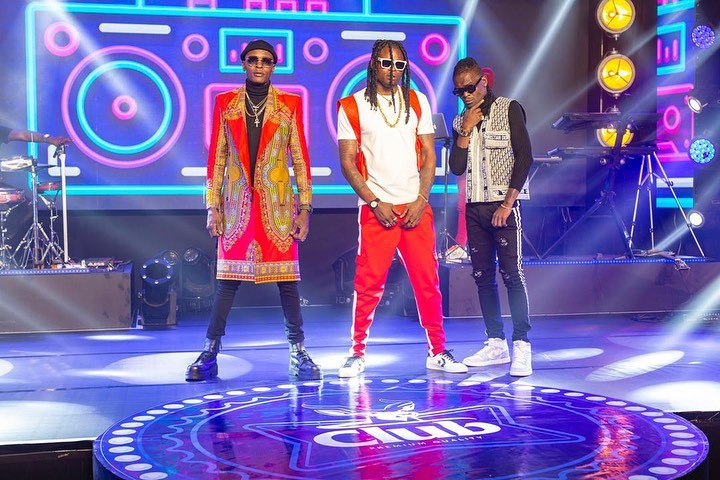 The Mayanja brothers; Jose Chameleone, Pallaso and Weasel Manizzo are names to reckon in the Ugandan music industry especially Chameleone who has been in the music industry for the past 20 years.

The trio held a very powerful online concert recently thanks to Club Beatz at Home.

Speaking during a recent interview, Jose Chameleone made it clear that they are the best family to ever grace the music industry in Uganda.

Jose Chameleone noted that the Ssalis (Bebe Cool’s family) and Ssentamus (Bobi Wine's family) put together are nothing compared to his own family, adding that he is willing to prove this if they are willing to go in a battle with the Mayanjas.

"We should separate music and politics. My family and I are very big pillars in the music industry and if anyone says otherwise, they should bring out one family they think is better than us," Jose Chameleone told Spark TV.

Jose Chameleone noted that what they did at the show was meant to represent Ugandan music, adding that he feels honored to have performed with his brothers on one stage.

The veteran artiste further noted that they have plans to hold a huge music concert as the Mayanjas at Cricket Oval, Lugogo, and they already have sponsors lined up.