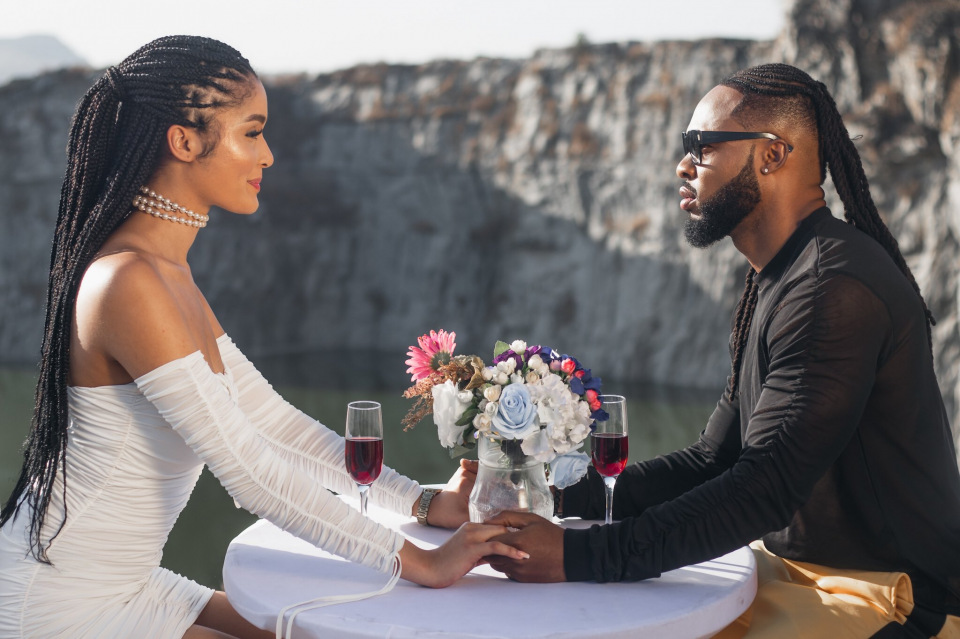 'Omo T'emi', a Yoruba phrase that translates to 'My Woman' in English is a love ballad housed in Flavour's 'Flavour of Africa' album that was released in the second half of 2020.

The song's music video has been released in a perfect time - as lovers across the world prepare to celebrate Valentine's Day.

In the 'Omo T'emi' video which was shot and directed by Angry Bird in Abuja, Nigeria, Flavour showers praises to his woman - as he describes how she affects his world and brings comfort to him.

The video has breathtaking scenes with several romantic moments between Flavour and his woman - it is a perfect one for couples and lovers across the globe this Valentine's Day.

This is the second music video that Flavour has released to his fans off the 'Flavour of Africa' album.

The 37-year-old singer popularly known across Africa and the world for his hit song 'Nwa Baby' had in December 2020 released visuals for 'Looking Nyash', the first single off the album.

'Flavour of Africa' is a 16-track body of work that features 7 artists among others Tekno, Phyno, Beenie Man, Laary Gaaga and Fally Ipupa.

The album, Flavour's 7th released early in December 2020 runs for a cumulative time of 55 minutes.

Flavour whose official name is Chinedu Okoli began his musical career as a drummer for a local church.