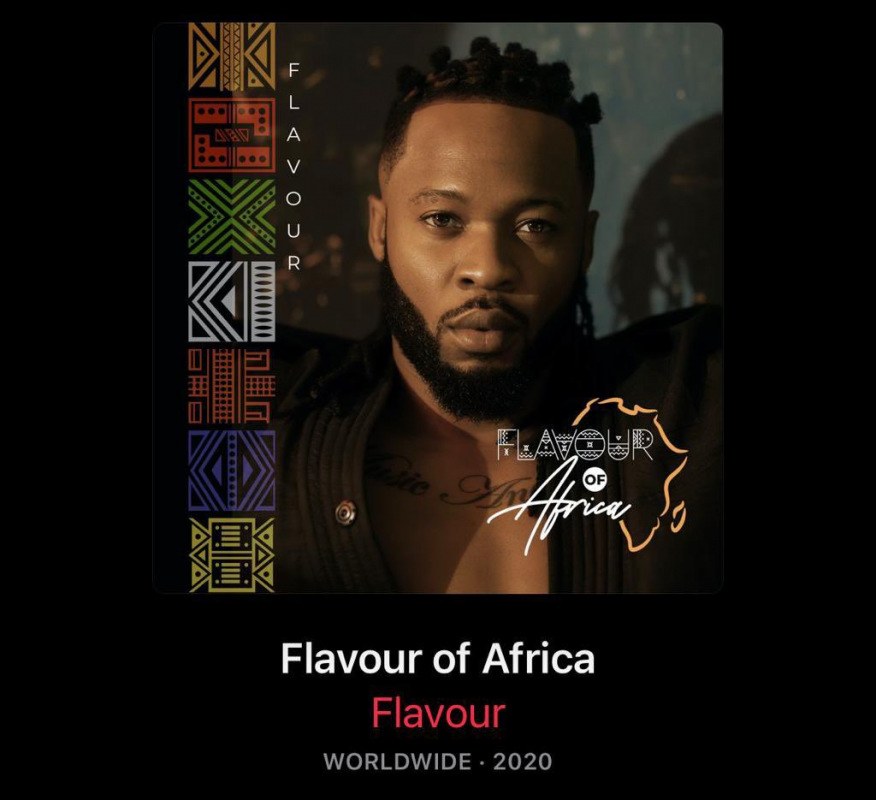 The album which was officially released on December 4, as Flavour had promised his fans, features 7 diffrent artists among them DRC's Fally Ipupa, Phyno, Tekno and Jamaican dancehall deejay Beenie Man.

Released under Flavour's 2nite Music Group, 'Flavour of Africa' houses 16 tracks that runs for a cumulative time of 55 minutes.

Flavour officially known as Chinedu Okoli executively produced the album with production credit going to some of the top producers in Nigeria among them Mastercraft, Selebo, Spax and DJ Tunez.

Here is the full tracklist of the 'Flavour of Africa' album now available on all major digital platforms: 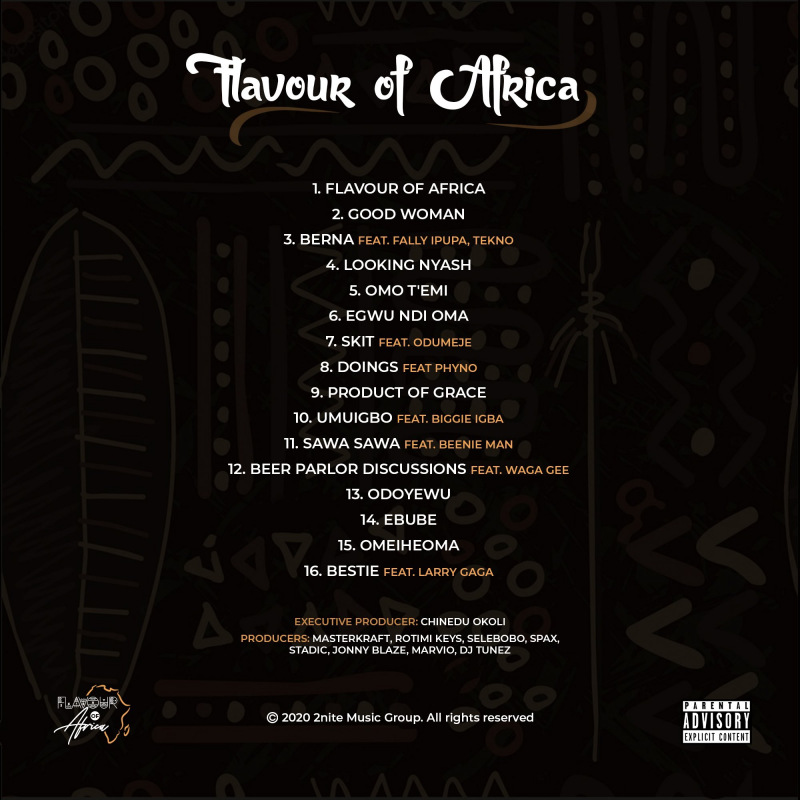 'Flavour of Africa' is a follow-up to his last album 'Awele' and an EP he released with songress Chidinma in 2019.

The 37-year-old singer began his musical career as a drummer for a local church.

He is popularly known across Africa and the world for his hit song 'Nwa Baby (Ashawo Remix)'.