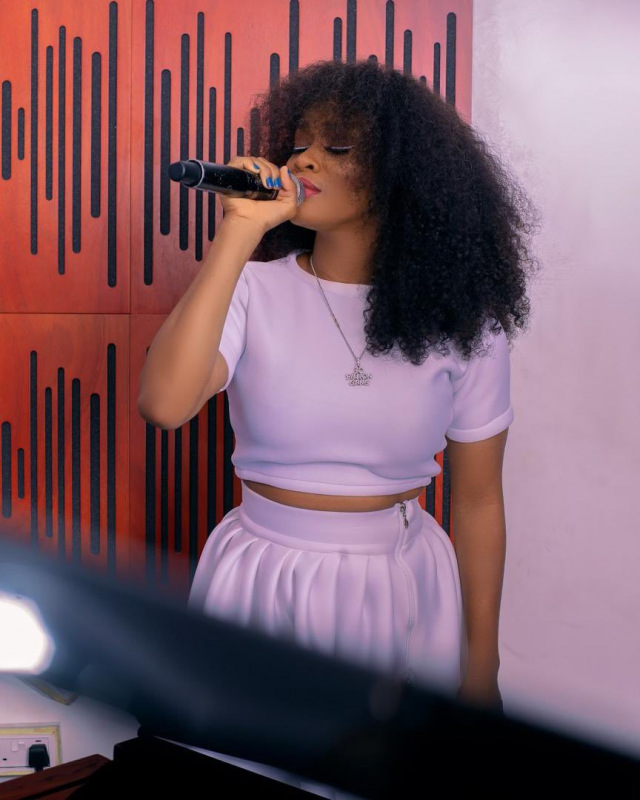 Liya who signed for DMW in October 2020, to become the first female artist at Davido's record label, had towards the end of last year announced that she was working on her debut project.

Originally, the project was thought to be an EP but Liya has now confirmed that it is an Extended Play (EP).

The title of the EP remains unknown but it is just a matter of time before more details about it are made public.

In a tweet to make a formal announcement about the upcoming project, Liya simply said: "E.P Soon!".

The singer first mentioned about a new project when she dropped her debut song as a DMW singer dubbed 'Melo' in December 2020.

She recently dropped a hint about the EP when she posted a photo on Twitter while in studio session and captioned it "Man’s been busy with the E.P".

Also Read: 5 Nigerian Albums Expected In the First Quarter Of 2021

'Melo' has been received well and so far its official music video that Davido and several other popular singers appeared in has been watched over 802k times on YouTube.

The enchanting song with fresh and sweet voice that would make you want to dance to its tune was produced by Zaki Magic.

'Melo' is a Yoruba word that translates to 'How Many'in English.

Officially known as Abdulsalam Suliyat Modasola, Liya had released a number of singles prior to joining DMW among them 'Be My Vibe' and 'Trust Issues_.

She was born in Lagos State and currently she's 21 years old.