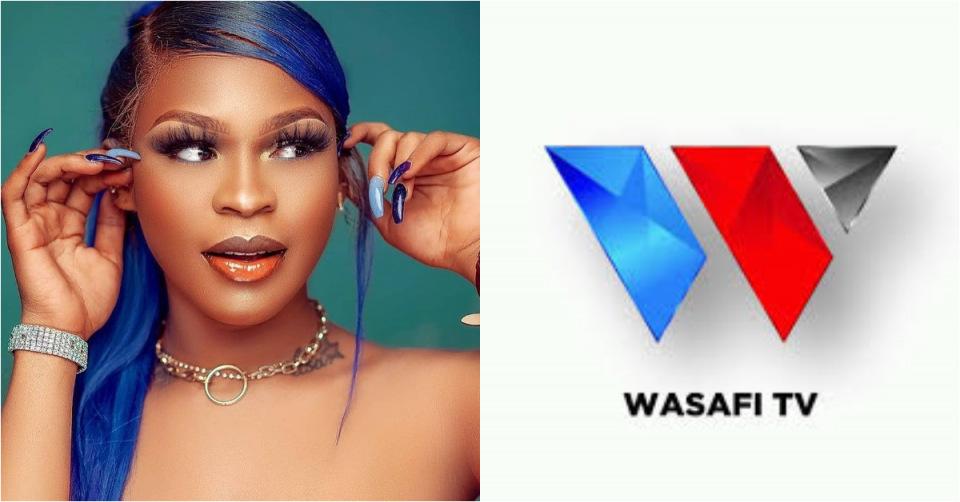 TCRA says the station violated broadcasting rules by featuring on its platform inappropriate content where musician Gigy Money was showing off her nudity on stage.

On the other hand, the National Arts Council (BASATA) has banned Gigy Money for six months from engaging in any music activities.

In its statement, BASATA stated that it made the decision after the artist wore immoral clothes at the Wasafi Festival held last Thursday in Dodoma, thus violating the provisions of section 4 (L) of Act No. 23 of 1984.

Basata further noted Gigy Money will also be required to pay a fine of one million Tanzanian shillings in line with Rule 64 (1) (a) - (i) of the Tanzania Arts Council of 2018.

Gigy money is known for her ever-controversial stunts which have kept her on the top trends.

The closure of Wasafi TV comes months after the media house was initially banned for five days for gross misconduct.

The ban is a big blow to the Wasafi franchise since the TV station has been playing a key role in showcasing the label’s projects and events.

In addition, Wasafi TV is currently one of the top stations in Tanzania and having it off air means that thousands of viewers will go for months without enjoying their favourite programs.

Here is the statement on the ban: 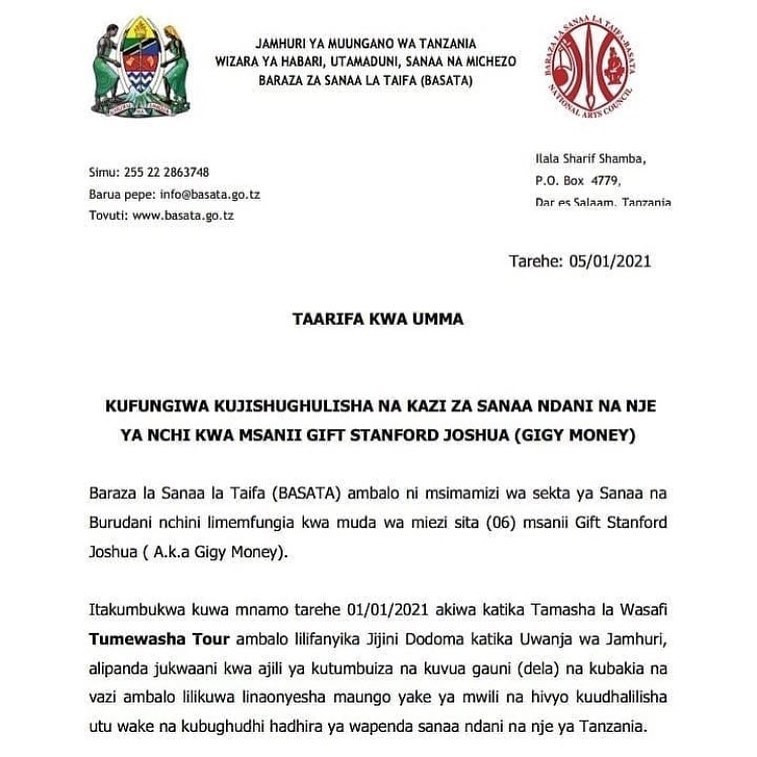 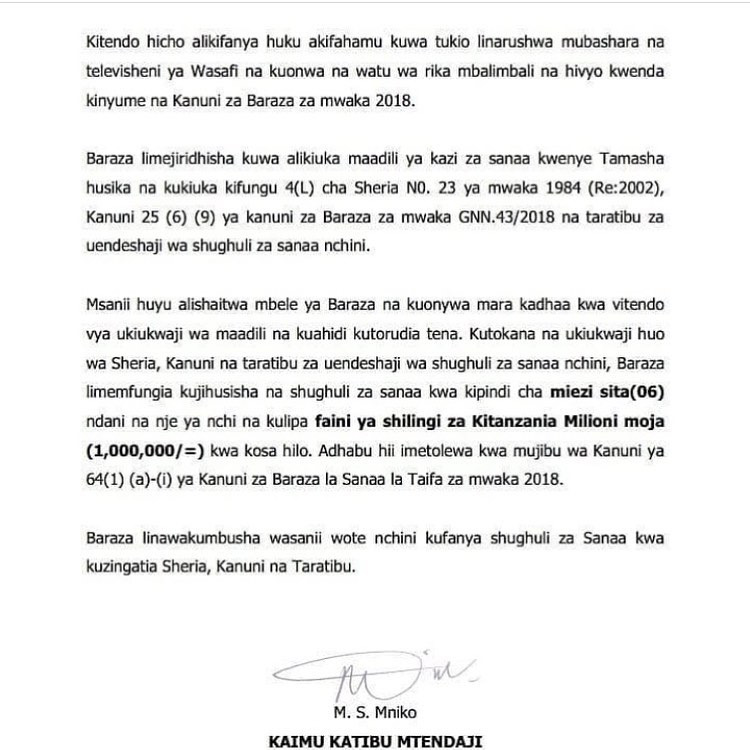