Listen To Joeboy's NEW SONG 'Celebration' - His Last For 2020 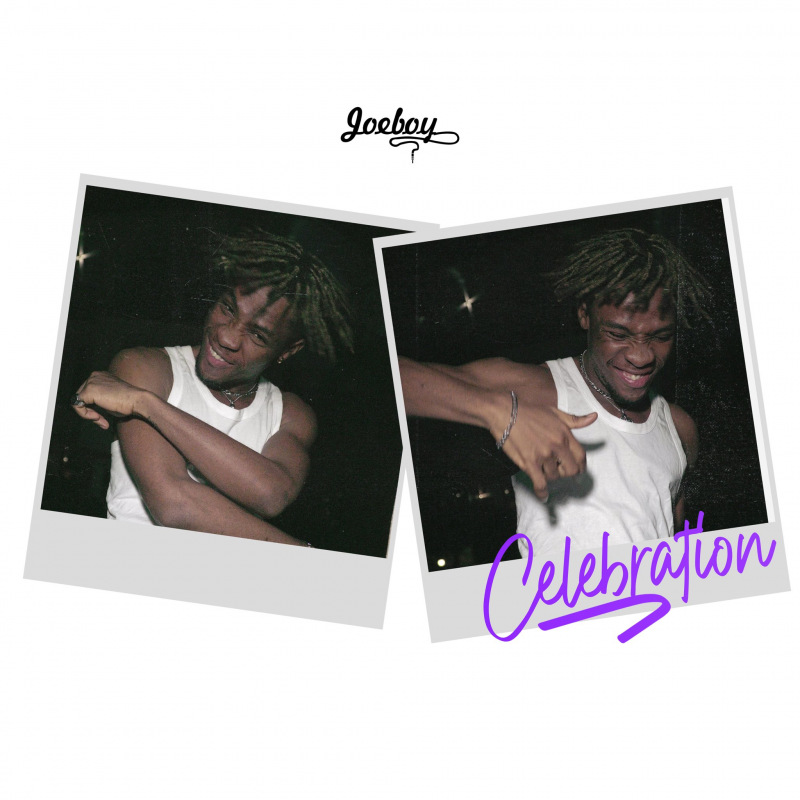 Fast-rising Nigerian singer and songwriter Joeboy has released his last single for 2020 - to wrap up an impressive year.

The new song titled 'Celebration' is produced by Type A.

Joeboy has described his new project as "a song of happiness that signifies that we shall be alright regardless of the challenges." 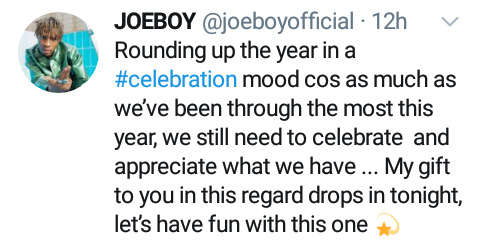 "In a year that has been more torrid than fulfilling for many of us, we still need to give thanks and appreciate the littlest of things and that’s what ‘Celebration’ is about," Joeboy noted in a post on the 'Celebration' visualizer uploaded on YouTube.

In a note to his fans ahead of the official release of the new single, Joeboy took to Twitter and said it was a gift to his fans.

"Rounding up the year in a #celebration mood cos as much as we’ve been through the most this year, we still need to celebrate and appreciate what we have ... My gift to you in this regard drops in tonight, let’s have fun with this one," he tweeted.

By declaring that 'Celebration' is the last single for 2020 for him, it means we will have to wait up to 2021 to get a debut album from the Afro-pop star.

Interestingly, while uploading the new song, Joeboy used the hashtag #SBBM an indication that it was part of his upcoming album.

Already the 23-year-old singer had said his recent single 'Lonely' was a taste of the body of works that has been anticipated before the end of 2020.

Also Read: Get A Taste Of Joeboy's Upcoming Album In New Song 'Lonely'

Generally, 2020 has been a good year for Joeboy with a number of hit singles like 'Call' and 'Nobody' in which he was enlisted alongside his boss at emPawa, Mr Eazi by DJ Neptune.

He also worked an the single 'Yoruba Samurai' in which he was featured by Marvin Records wordsmith LadiPoe.