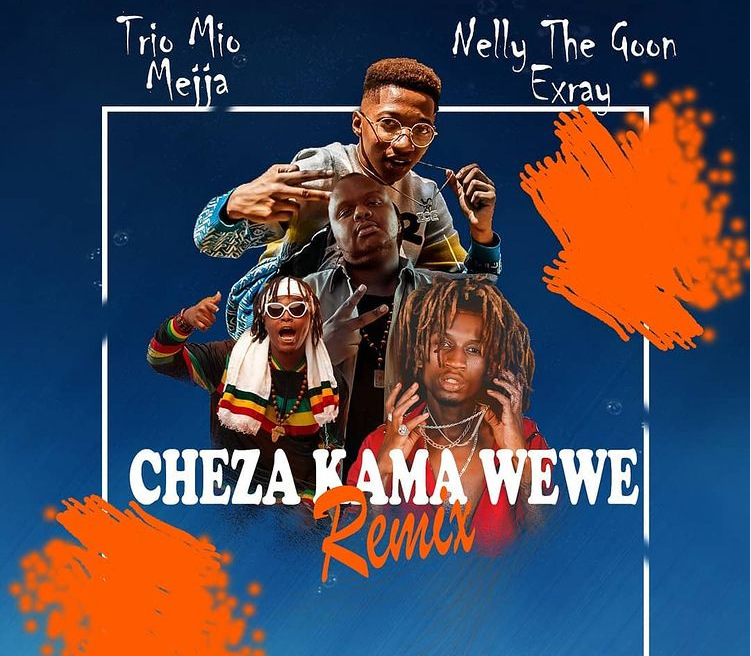 ‘Cheza Kama Wewe’ is a Swahili/Sheng’ hip-hop jam that translates to ‘Dance like you can’.

The jam is about having a good time like only you can do. In the song, Trio, Mejja, Exray and Nellythegoon rap creating a harmonious collaboration.

The visuals in a true Gengetone vibe take us to the streets, with fans and the artists having a good time together.

‘Cheza Kama Wewe’ remix wass produced and mastered by Outlawgang productions while the was shot and edited by Gmike Productions.

Meanwhile the Gengetone stars seem to be finishing the year in style, by delivering hot jams back to back.

Mejja, who has continuously supported upcoming artists in the industry, was featured by Ssaru barely four days ago in a hit song called ‘Leo’. The jam has received lots of love from fans and already has over 265,000 views.

On the other hand Exray, who is a member of the Boondocks Gang, teamed up with the other members to release ‘Peng wa Mafilter’ which has been trending at top 5 on YouTube in the past week.

‘Cheza Kama Wewe’ has been received well by Kenyans and already has over 30,000 views on YouTube within its first eight hours.