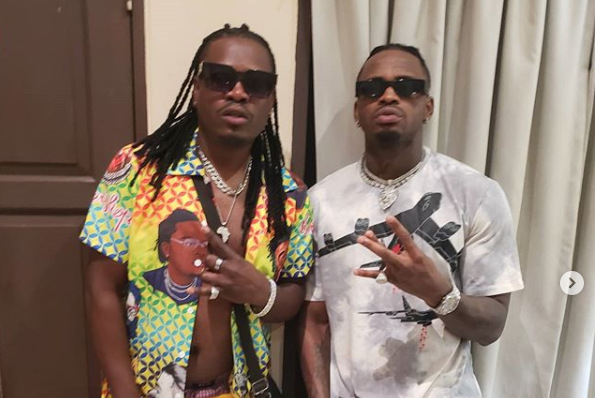 A week ago, DJ Cosmo told his fans that he was working on an upcoming collabo with Diamond. “Zambian #SIMBA na #Tanzanian #SIMBA colabo on the way.. was nice linking up bro @diamondplatnumz,”he posted on his Instagram page.

Reacting to his post, the crème de la crème of Zambian music including; Roberto, Macky 2, OC Oscillation among others hailed him for the new project he is working on.

Judging from his instagram posts, DJ Cosmo could be working on a collaborative project with several artists as he has also met up with Master KG and other top musicians from across the continent.

Securing a collabo with Diamond is a big deal since the later enjoys massive following across Africa.

In 2017, he brought Zambia to a standstill where he headlined Mosi Day of Thunder Festival, an annual carnivore held in Zambia to celebrate among other things, music and culture.

In Africa, Diamond is ranked the best when it comes to viewership on YouTube. Early this year, he became the first African musician to secure one billion views on the video sharing platform.