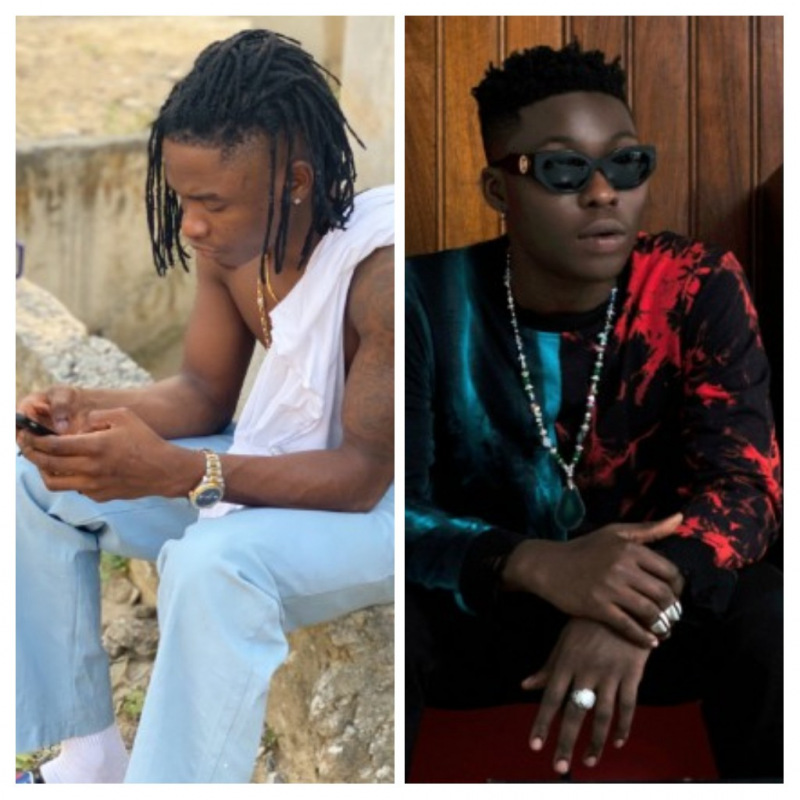 Reekado Banks and Lil Kesh will be dropping their respective Extended Plays (EPs) before the end of this November.

Reekado Banks has titled his EP 'Off The Record' while Lil Kesh's is 'Ecstacy'.

Both singers have already dropped at least a single off their projects as they move closer to the release date.

Lil Kesh who has so far released two singles from the EP has announced that the project will be dropping on November 19.

In a tweet, the singer who rose to fame with the release of the hit song 'Shoki' further said the EP will mark a start of a new era in his musical journey.

He also promised all that have stood by him that he will never let them down.

"To all those that stood by me I promise I will never let you down, this is the beginning of a new era. #Ecstacy out on the 19th!!!," Lil Kesh noted on the tweet.

The two singles off the 'Ecstacy' EP that Lil Kesh has already released is 'All The Way' and 'Agbani Darego'.

For Reekado Banks, he dropped a first single off the 'Off The Record' EP about two months ago.

The single is titled 'Need More' and features singers Kida Kudz and EO.

Reekado Banks has also announced that the EP will officially be released on November 27.

In a statement, the singer further said a second single from the EP titled 'You Dey Mad' will drop on Friday, November 20.

"I think 'You Dey Mad' is a timely song because it can serve as a response to external pressure and unsolicited opinions. We are dealing with a lot already, anyone that wants to add to our problems can literally shut up tight?" read part of a statement that Reekado Banks posted on his social media pages. 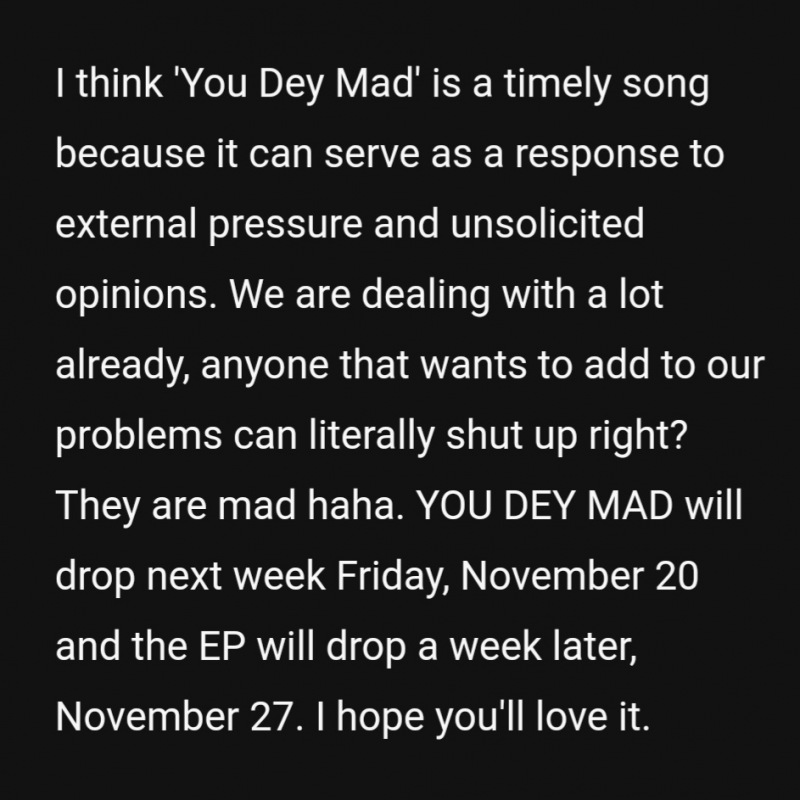 'YOU DEY MAD will drop next week Friday, November 20 and the EP will drop a week later, November 27. I hope you'll all love it," he added.

The 'Off The Record' EP houses 5 tracks that would have been in Reekado Banks album which was scaled down due to the Coronavirus pandemic.