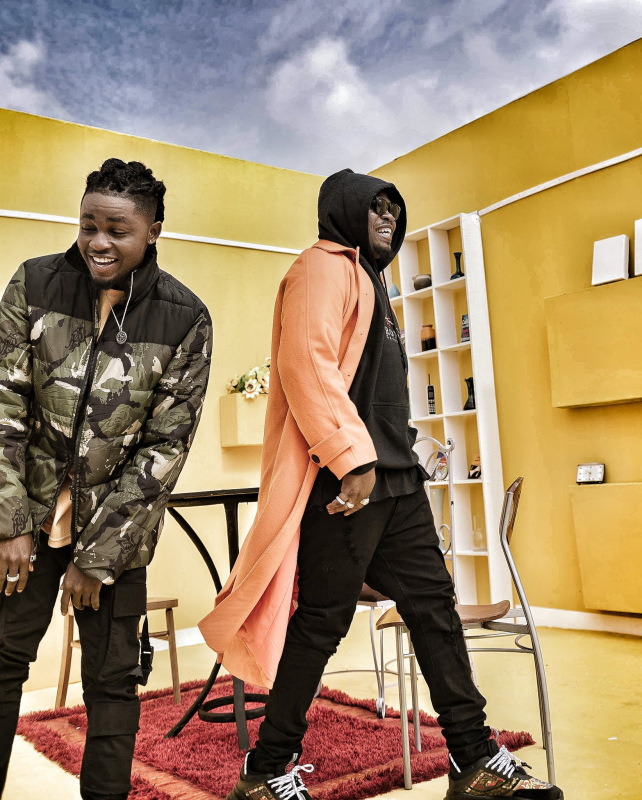 Still trending all over Nigeria, rapper/singer Olamide rides on the wave and drops an official music video for the hit single 'Infinity' featuring Omah Lay.

'Infinity' off the 'Carpe Diem' album has been topping several charts across Naija for several weeks now.

Olamide dropped the official music video for the song on November 10 which was directed by Clarence Peters.

The video has already hit over 140k views in just 12 hours of premier on YouTube.

Already tagged a collaboration of the year, 'Infinity' has some naughty lyrics, but you will rarely notice as Olamide and Omah Lay carefully plays with their words in passing the message in the song.

Produced by P.Prime, 'Infinity' is gently propulsive hit that talks about love making with the two singing about a lady that wants to have their cucumber till infinity because to her its something she can’t just resist.

The song is hardly created with any other instruments aside from voice and percussion with keyboard stabs occasionally in the background, perhaps this is what has made it such a hit.

Olamide had previously released two other music videos off the 'Carpe Diem' album for the singles 'Eru' and 'Greenlight'.

The 12-track album has already managed to record over 80 million cumulative streams on several digital platforms barely a fortnight after it was released.