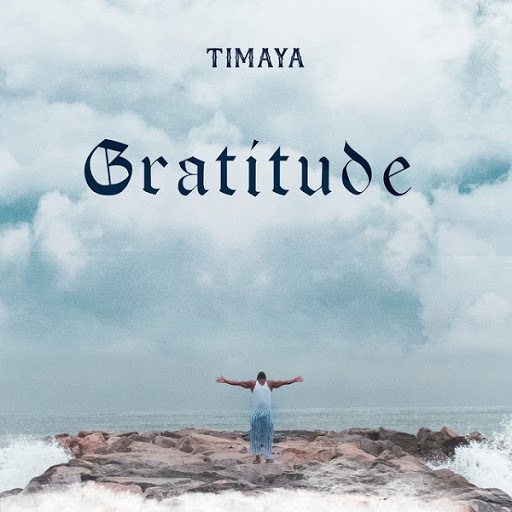 Nigerian singer and songwriter Timaya has finally announced that his album titled ‘Gratitude' will be dropping in the next few days.

In a post on his social media pages, Timaya who is the founder of DM Records Limited said the album will officially be released on November 18, 2020. 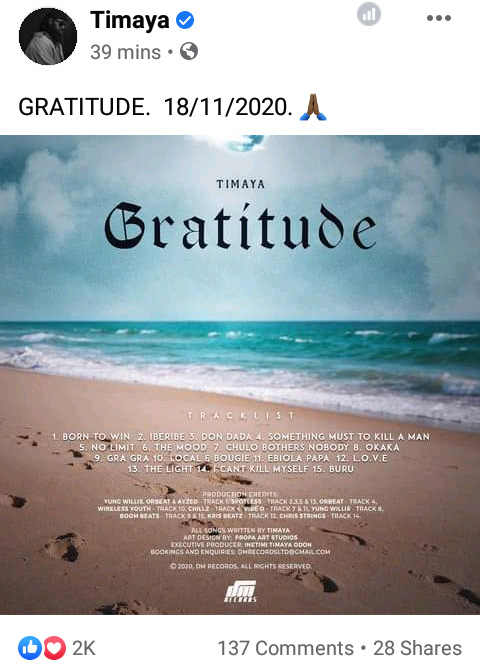 The singer who started his solo career in 2005 with the release of the hit single ‘Dem Mama’ further shared a track list of the album.

The album will be housing 15 tracks, all of which were written by Timaya, among them the previously released ‘Born To Win’ and the most recent one ‘Gra Gra'.

‘Gratitude’ will be Timaya’s 7th studio album and the first in over six years since the last one ‘Epiphany’ that was released in 2014.

He had, however, released an Extended Play in 2019 titled ‘Chulo Vibes EP'.

Below is the full track list for the album as shared by Timaya:

4. Something Must To Kill A Man

Born Inetimi Timaya Odon, the multiple award-winning singer sees his music as a “struggle and quest for a change in life" having been inclined to street hustles at an early age of 14.