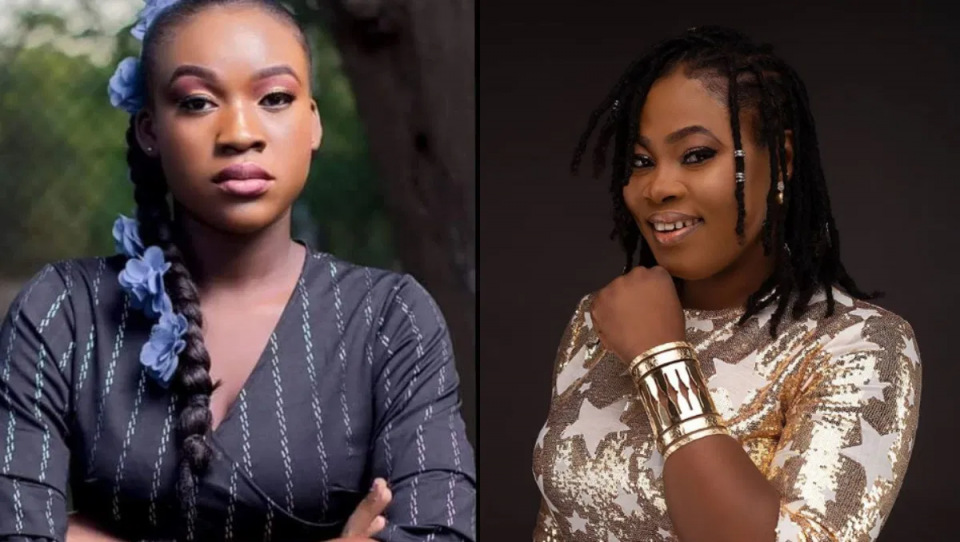 Speaking in an interview with ZionFelix on the ‘Uncut’ Show, Julie stated that her former boss, who she refers to her as a sister has blocked her but only unblocks her whenever she feels like raining curses and insults on her.

On multiple occasions, Julie said the popular Gospel musician has insulted and cursed her.

She added that Joyce recently insulted some of her family members that she has their phone numbers.

In spite of all the insults and curses, Julie averred she is not perturbed because God will not seek Joyce’s opinion if He wants to bless her.

Commenting about her recent curse, Julie Jay stated that she saw numerous messages from Joyce Blessing but she deleted all the messages without checking what she was saying.

Later, she recalled a lot of messages were forwarded to her on the same curse subject.

Julie Jay stressed that she has no problem with Joyce Blessing and she will help her anytime that she calls on her.

Ever since Joyce Blessing and her husband had marital issues, Julie Jay has become one of the people who has been in the middle of a lot of their conversations as Joyce Blessing has accused her of even sleeping with her ex-husband.