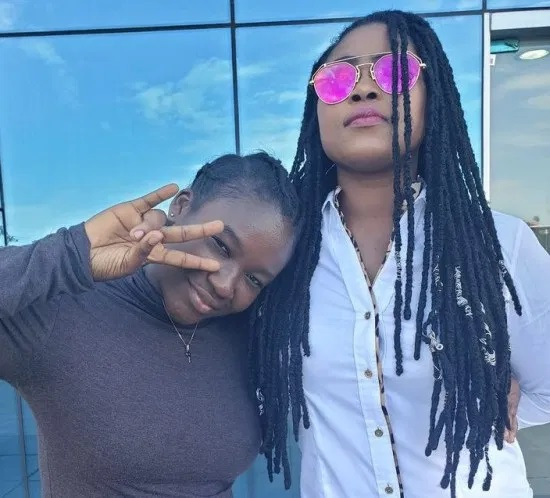 After being in the media in the past few months over a misunderstanding that started with the husband of Joyce Blessing, former publicist and personal assistant to Gospel musician, Joyce Blessing, Julie Jay, has come at Joyce blessing again.

The former publicist of the sensational gospel musician in an interview with Kay on the Go online show that the “I swerve” hitmaker lacks emotional intelligence.

Julie Jay Kanze after her separation from Joyce Blessing has been accused by the Gospel musician of sabotaging all her new media prjects such as setting up new social media accounts which has resulted in the gospel musician invoking curses.

During the interview, the publicist denied all the allegation levelled at her and stated in the affirmative that she has not in any way had any amorous affair with Dave Joy, husband of Joyce Blessing.

She expressed her disappointment at Joyce Blessing for invoking curses on her and added that the former Zylofon signee lacks emotional intelligence.

Joyce Blessing and her husband have had some issues since March this year. The issues have resorted in a divorce but the two have being in the media accusing each other of sabotage. Joyce Blessing cried live on air after she revealed that her husband had atken over allher social media channels, making her unable to promote her new works.

Amidst theback and forth in the media, her publicist was dragged into the issue as she was accused of being behind their marital issues.