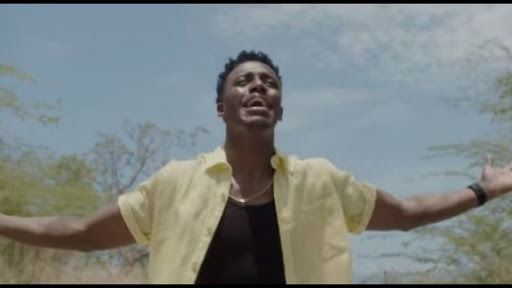 Romain Virgo is giving us a glimpse of the future with the new video for his very soulful single ‘Best of Me’.

‘Best of Me’ is a song about giving your all to everything in life to make sure that at the end of it all, you are satisfied and you have lived life as best as it was possible.

‘Best of Me’ is very soulful, vocally as the lyrics to the song require it to be. Romain Virgo uses controlled harmonies and uses his vocals to create all the runs and melodies in the song.

The song is layered on a country song instrumental; we all know that Romain Virgo infuses a lot of RnB and country instrumentals to build on the body of his songs. The beat is then layered by a strong roots-reggae beat that creates the bulk of the song.

The video is shot to give us a glimpse of people living through the constant battle of learning new skills, falling and failing and willing to learn again. Romain Virgo had this to add about the video, “Romain Virgo’s music video for his single ‘Best of Me’ was shot in the untouched rural area of St. Andrew called Bull Bay which is mostly known for its black sand coastline. Directed by Kurt Wright, the video highlights two extreme sports, BMX biking and surfing, that are considered underground on the island.” It ends with a mirror reflection of an older Romain satisfied with his journey.

Catch a soulful vibe with Romain Virgo in ‘Best of Me’.