Why try to fit in when you can stand out? The music industry has always been a field that has forced the current “inhabitants” a.k.a artists to try to conform to the standards of being in the position instead of simply being sui generic.

Well female rapper Pizo Dizzo is that lily flower that sprouts among rocks. She is unique and in a male dominated field decided take the bull head on. With the release of her debut hit single “Chali Stinji” remix, I decided to get your thoughts about the song: 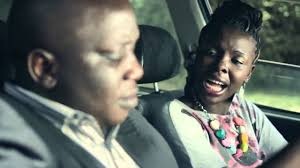 “Mimi huyu dame nam-like sana! She does music the only way she know best which makes her a sound different from the rest. The remix ni kali sana. Bobby Mapesa and Abbas brought back memories and that throwback feeling, nayeye visita with his creativity makes the song very interesting. I like the remix!” spoke a music enthusiast.

“I prefer the original to the remix. I think she should have just quit while he was still ahead! I appreciate Abbas and Bobby Mapesa’s input, but personally I felt like it was supposed like the song should have been a female version by the females.” A music analyst stated.

“I like the song! Though I felt like Bobby Mapesa’s verse wasn’t fitting into the song itself. Abbas made me replay the song over and over dying of laughter! his wordplay and clever rhymes are just why I think he is still the best rapper in my books!” added a fun.

The song has been out for a week now, and gathered over a thousand views on Youtube. Another reason why I thought it would be good to get your two cents on the matter.

What do you think of the remix? Share your thoughts with us. Love Kenyan music? Keep it Mdundo!