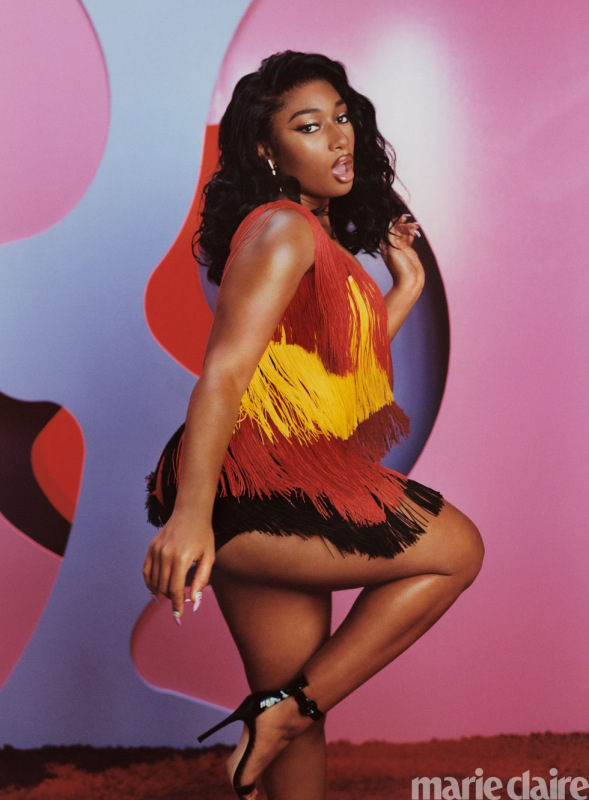 Megan Thee Stallion has been causing a stir all week since the release of her cover issue of the Marie Claire magazine. She talks about her upbringing, her school work, music and the future for her. Her comments on music, specifically being a female hip-hop artist are what brought the conversation.

Meg speaks about the double standards in the music industry. She admits that yes, there is more representation with more women topping charts and being featured in the hip-hop conversation and industry at large. However, she feels like as a female hip-hop artist, there is more atrocity held in what you rap about even when it is just a magnitude of what men rap about.

Meg believes theorizes that this is especially present in the lyrical and skill dimensions. Women are held at higher standards that when they deliver one bad lyric or foul in whatever standard, they are no longer considered good. However, a male rapper will be on his mediocre swag and speak foul and the audience will congratulate him for making a good song.

Of course this is not an argument we have heard from only Meg because many more artists, even locally have mentioned this and maybe it is something to look at as a consumer of music. Meg however finishes this rant with an empowering statement, “I know that women are powerful. I know that we are out here birthing people. I know that we are out here running shit, so I can’t even be mad at you for thinking that we should be held to a high standard. We’re the ultimate beings. We are the superior beings.”

You can read more of Megan Thee Stallion from the Marie Claire interview on their website.