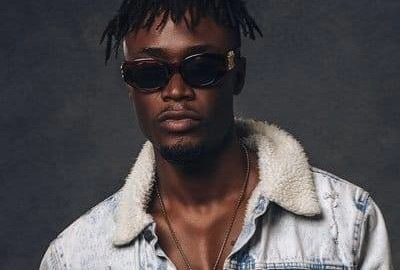 It’s been about four years since EL won the Vodafone Ghana Music Awards Artiste of the Year and it seems the last his fans may have seen or heard of the Afrobeat musician in the airwaves would be at the award ceremony, four good years ago.

Born Elom Adablah in 1987, EL has been speculated to be out of the game by several music lovers as the expectation was that the award —which many people thought he didn’t deserve at the time—was supposed to boost his career but the musician went missing in action just after that.

But EL is back in the game. Maybe you might want to call it a comeback or whatever but his new song titled ‘Efa Wo Ho Ben’ which has taken over Twitter trends in Ghana for days seems to say more than just that. It does more of answering his critics and naysayers than only announcing that his drought season is over. Other reports say the mid-tempo song is a clap-back to nose-pokers to “restrict their involvement in matters that do not concern them”.
EL creatively weaves ‘Efa Wo Ho Ben’ an afrobeat banger around vocals from a choir, something that is unusual.

Just as it is with Ghanaian music fans, this song has been termed as a “diss song” to people who have criticized the artiste over the years. Actually, it isn’t far from that.