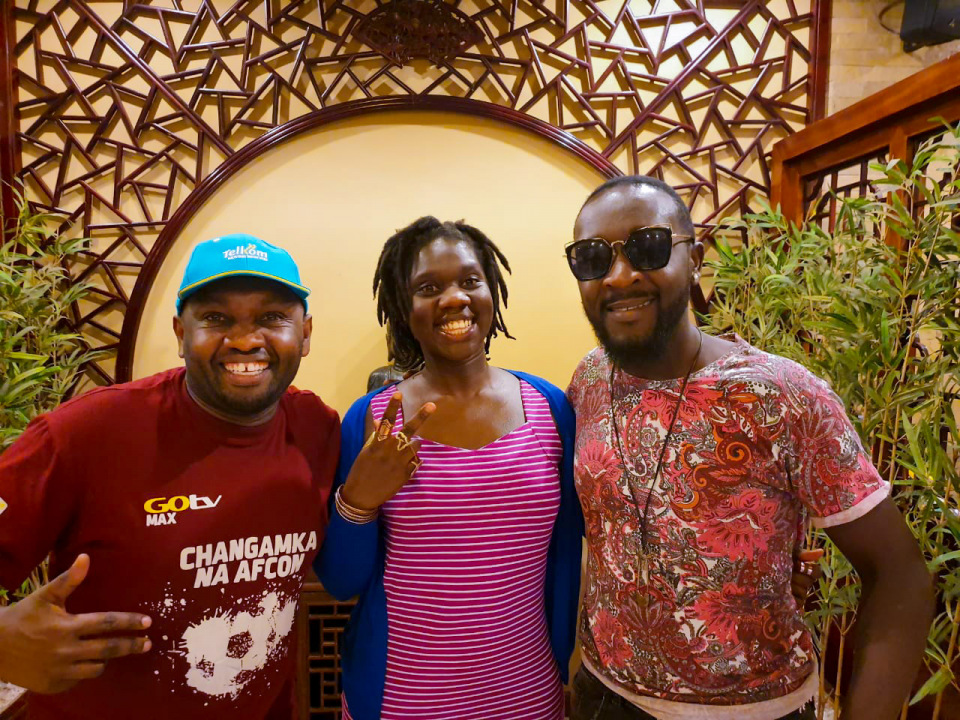 Last Friday was epic!!. Mdundo had the esteemed honour to host Chrispin Mwangele better known to you as  Big Pin at the New For You restraunt in Valley Arcade. The Mdundo team got to the restraunt reasonably early to make sure our reserved table was set. The table was  set in a cozy segregate section of the restraunt. We had ample shade at the same time we could see the beautiful garden in the middle of the restraunt.

Big Pin arrived at the venue and his fans were super ecstatic to see him. We gave them first priority to ask the artist as many questions as they wanted. Big Pin is quite the humble, funny and most relatable artist you’ll ever meet. After enduring the fan frenzy, we got some down time with the artist. We got to learn a lot of things about the veteran artist. He dropped his fist ever record, dubbed ‘Big Pin' when he was only 19 years old , moved out from his parents house and became his own man. He got major recognition off his first ever track which propelled his music career. Fortunately he was a one hit wonder but used the new found fame to get his music out there. You might know some of his finest work like ‘Natafuta’  and ‘Talk 2 you’

The Jolly artist reveled to us that he is not married and currently has no children. He is solemnly dedicated on his music career. As a veteran artist his had to evolve to the changing world and the new generation of fans. He said, "I don't drop music because i like it but because my fans demand it ,so if i like a track and my fans are not into it" , "I wouldn't release". His drop some pretty awesome tracks recently like ‘Juu' with Mayonde and ‘Mbigiji Imekuwa na Ndogi'(freestyle).  The ‘Natafuta' hitmaker disclosed to us that he would want to work with the young supernova Nikita Kering and Boutross Munene.

Big Pin was saved by the bell. The food was finally ready and everyone dove into the array of Chinese delicacies set on the table. There was chicken, pork, beef, rice and cashew nut rice. The cashew nut rice was really exquisite. After everybody had their fill we moved on for a photoshoot with Big Pin.

In a nutshell , we all enjoyed Big Pin’s company ,he is such an awesome vibe. We talked nonestop about the good old days and what the future has in store for Big Pin . He is quite the story teller, you could sit and listen to his adventures as a first generation artist in Kenya. He does reminisce about the old days ,when him and the legendary E-sir used to hang out and play Def Jam on PlayStation.

Our guest artist is quite the busy man , after a couple of pictures he left and we called it a day. This was one of the best lunches I have had.