Guess who are the new celebrity couple in town!! Nazizi features Sappy on "Gangster Love" 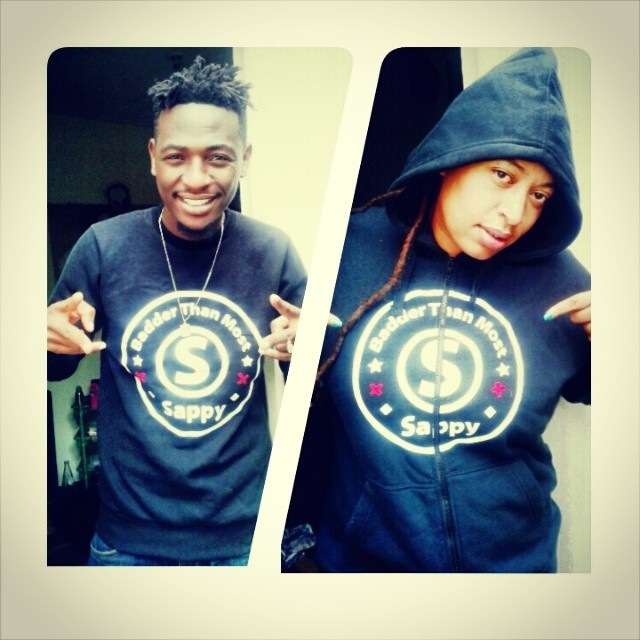 Pioneer artist and Kenyan music first lady, Nazizi has just released a new song, “Gangster Love” which features highly sort after producer, Sappy and after listening to it, the alleged rumors of the two dating, will be settled.

The new dancehall track will surely get you in a “Guns and roses” mood, reason why I think they chose this particular song title. During an exclusive interview with Mdundo, the “Badder Dan Dem” producer, Sappy gives us an insight to the song, “Hii song tumetioa kwa sababu vile media imekuwa ikiongea kutuhusu. So tunawambia kuwa ni kweli kuwa tuko pamoja kama vile song yenyewe inasema” he said calmly. So it’s now confirmed. Now you can quit the rumors because Naz and Sappy are an item.

The couple might not be from Paris but surely know how to express their love and the world has to only lay back and enjoy what they make for you. A hit-maker in the arms of a super producer? Sounds like the perfect couple doesn’t it? Let’s hope more hits are on the way from the two.

Nazizi also said that her video which is a dedication to her fans will be dropping this coming week. So fans can actually know she has nothing but love for them. Get the couple’s new track right here on Mdundo. Enjoy!