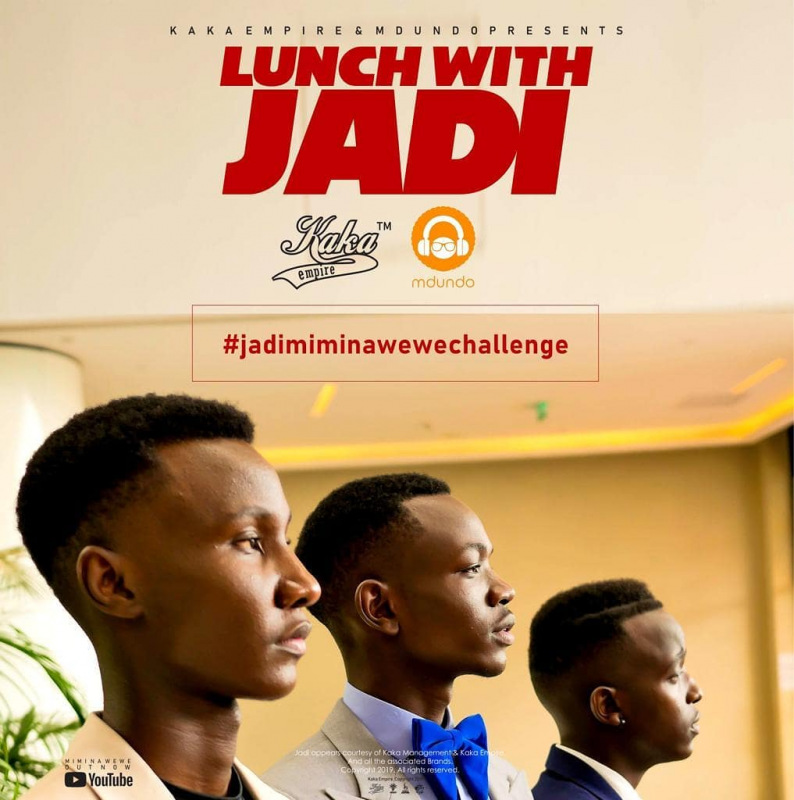 Two lucky winners got the chance on Friday to have lunch with new boy group JADI. The band just released its debut single ‘Mimi Na Wewe’ and are the latest of Kaka Empire signees.

In collaboration with Mdundo, fans were to take up the #MimiNaWeweChallenge. Uploading a video of yourself jamming, dancing, singing along to or covering the song ‘Mimi na Wewe’ was all the requirement needed to battle for an opportunity to hang out with the young bubbly JADI over lunch.

Picked via instagram @_.mukandairo and @ivi_innocent scooped the amazing opportunity having most comments on their videos posted on the JADI official Instagram page.

Lunch at the For You Chinese Restaurant was a chatty, fun and refreshing hangout. Everyone sure needs a good time to hang out with their number one fan or/and celebrity crush.

Kaka Empire is taking mentorship personally recently concentrating on signing fresh young talent and supporting each with their resources. We have seen successful acts such as Lyka Rose, Bridget Blue, Masud Malik and now JADI.

Sauti Sol’s Sol Generation has also recently signed a 3 boy band ‘Kaskazini’ and a battle of the bands wouldn’t be such a bad idea, right?