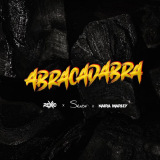 Ezeh Chisom Faith, popularly known as Rexxie, is a Nigerian music producer. He hails from Anambra State, Nigeria where he was born and raised. He received his primary education in Abuja and Lagos before joining Yaba College of Technology and Tai Solarin University for his tertiary level education. He graduated with a degree in Computer Science.

His music journey and breakthrough
Rexxie’s interest in music was evident from an early age. The first instrument that he got familiar with was the piano. He would play the piano at his father’s church while still a young boy. To this day, he still values the piano and it is probably his favorite instrument when it comes to production.

Years later, after establishing himself as a music producer, Rexxie adopted his signature tag of ‘Yo Rexxie Pon Dis One’. He is credited for creating the famous Zanku sound which went viral in Naija. The sound was adopted by top Nigerian artists and producers in their songs. Rexxie during a past interview recognized the contribution of Zlatan in the creation of the viral sound.

Although Rexxie created a lot of songs that gained success and popularity, his breakthrough song was ‘Able God’ by Chinko Ekun featuring Naira Marley and Lil Kesh. The song has gained over six million views on YouTube within approximately three years. ‘Able God’ scooped multiple awards while at the same time winning over the hearts of many.

The record producer has also been recognized for his contribution to the development of the ‘Amapiano’ sound in the Nigerian music industry. Among the biggest Amapiano sounds that he produced were; 'KPK (Ko Por Ke)' and 'Coming'. The success of the songs attracted top South African acts like Sho Madjozi and Busiswa.

In 2020, the producer released his debut EP dubbed “Afro Streets’. The EP had seven songs that featured appearances from top acts like Zlatan Ibile, Naira Marley, and Barry Jhay among others. He went ahead to release his debut album titled ‘A True Champion’ the following year. He soon followed the album up with an EP dubbed ‘Nataraja’.

His achievement and awards
Rexxie’s contribution to the growth of the music industry in Nigeria has been recognized with multiple awards. Among the prestigious awards that he has scooped are; the 2020 City People Entertainment Awards for the Best Producer of the Year and the 2020 Soundcity MVP Awards Festival in the category of the Best Producer of the Year. Rexxie also made headlines when two of the songs that he produced for Burna Boy in the Twice As Tall album won the Grammy awards for the best album.

How to listen and download Rexxie music on Mdundo.com
His music is available for free download and streaming on Mdundo.com. Visit the site and navigate to the search bar, type his name or specific song of your choice, and hit the search button. A catalog bearing all of his mp3 songs will show up. Select your favorite song and either listen to it online by tapping the play button or save it to your device by tapping the download button.