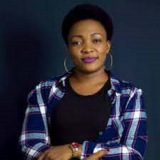 Who is Martha Mwaipaja?
Martha Esau Mwaipaja, popularly known as Martha Mwaipaja, is a veteran Tanzanian gospel singer and songwriter. Born in 1980, the singer was raised under strict Christian values that molded her into the great preacher that she is today. Apart from ministering through her songs, she is also a preacher at her church.

The singer keeps her personal life extremely private and rarely shares her lifestyle with her fans. Despite the privacy, in 2020 Martha Mwaipaja confirmed that she had divorced her long-term husband over what she termed as a betrayal. She was blessed with one child from the marriage.

Martha Mwaipaja has been in the music industry for a very long time. Her music career has been punctuated with the release of record-breaking albums. In 2013, she released her debut album dubbed ‘Kwa Msaada Wa Mungu’ which had eight tracks. In 2015 she released her second album titled ‘Ombi Langu Kwa Mungu’. She then went ahead to release her third album ‘Niko Hapa’ before adding another in 2017 called ‘Naiona Kesho’.

Although the singer has been on the music scene for close to a decade, her activities on YouTube date back two years. Her first song that was published on the video-hosting platform was ‘Maumivu Ya Jaribu’ which gained over two million views. She then followed it up with other hits such as ‘Muhukumu Wa Haki’, ‘Amenitengeneza’, and many others which equally performed well.

Martha Mwaipaja’s success in the music industry has seen her get featured by top celebrated musicians including; Sarah Adam on ‘Baba Unanipenda’, Deborah Kihanga on ‘Tunalindwa Na Yesu’, Goodluck Gozbert on ‘Wacha Waone’, Ringtone Apoko on ‘Backslide, Stephen Kasolo on ‘Pigana Nao’ among many others. Her influence on the music industry has stretched beyond the borders of Tanzania to the whole of East Africa.

The singer has earned herself a huge fan base across the region from her style of singing and the content in her music. The themes of her songs are majorly topics that many people can relate to. The simplicity of her lyrics and melodious voice makes her songs worth listening to. The singer takes music as a tool for educating society about the values of Christianity. The majority of the content in her songs is derived from Bible verses.

How to listen to Martha Mwaipaja songs on Mdundo
Her songs are available for free download on mdundo.com. Visit the site using a device that can access the internet. Navigate to the search bar and type in her name then tap on the search button. A catalog bearing her songs will be displayed on the screen. Scroll to your favorite song and either listen to it online by tapping the play button or save it to your device by tapping the download button.