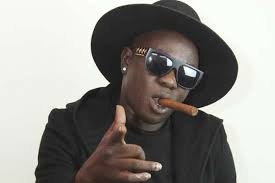 From bad boy to church boy. It is indeed funny how things can change in the entertainment industry.

News of rapper Bobby Mapesa’s transformation came as a surprise to many and understandably so as he has garnered a reputation as a bad boy especially through his songs the likes of Mawezere, Kamoja tu among other hits.

READ:Back to the Drawing Board! Bobby Mapesa Reforming After Going Back to Church

Furthermore rapper made his comeback three months ago with the song Tuzidi featuring Calvo Mistari where he dissed Nonini and P Unit so for most of us we thought he was back to his usual tricks.

However it appears that things are not as they seemed, the now saved rapper has decided to go the gospel way and he seems serious about it too with a whole album in preparation.

Check it out below and let us know what you think;