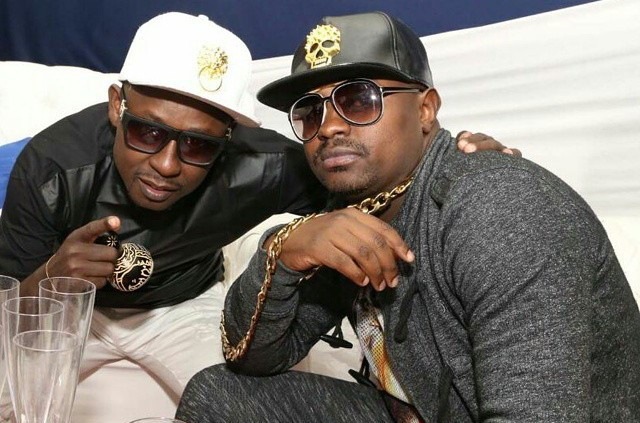 A month ago rapper Bobby Mapesa made his come back to the music industry with the song Tuzidi featuring Calvo Mistari.

Soon it became one of the most talked about comebacks in Kenyan music industry, mostly because he came back with a bone to grind and on the receiving end was none other than Nonini (whom he had previously worked with) and P-Unit the group with which he is credited for creating.

Recently P-Unit members Gabu and Frasha were in studio with Radio Citizen’s Mzazi Willly M. Tuva who asked them about Bobby Mapesa and the said diss directed at them on Tuzidi.

What ensued was hilarity with the two completely mocking and disregarding Mapesa.

“I don’t have a reaction. It’s not affected me,” he said about Mapesa’s lyrics on the song.

Frasha then joined the conversation and continued to mock Bobby Mapesa completely calling him an upcoming artist.

“It’s good when upcoming artists speak about us. I’m so thankful they see us as relevant,” he said.

And when the radio presenter responded saying Mapesa had been around for a while, Gabu interjected saying “I think if he’s not upcoming he’s underground.”

“When did he last have as show? Has he even had a show?” Gabu continued (“Kwa shower,” Frasha replied).

Check out how the full interview went on Mambo Mseto;